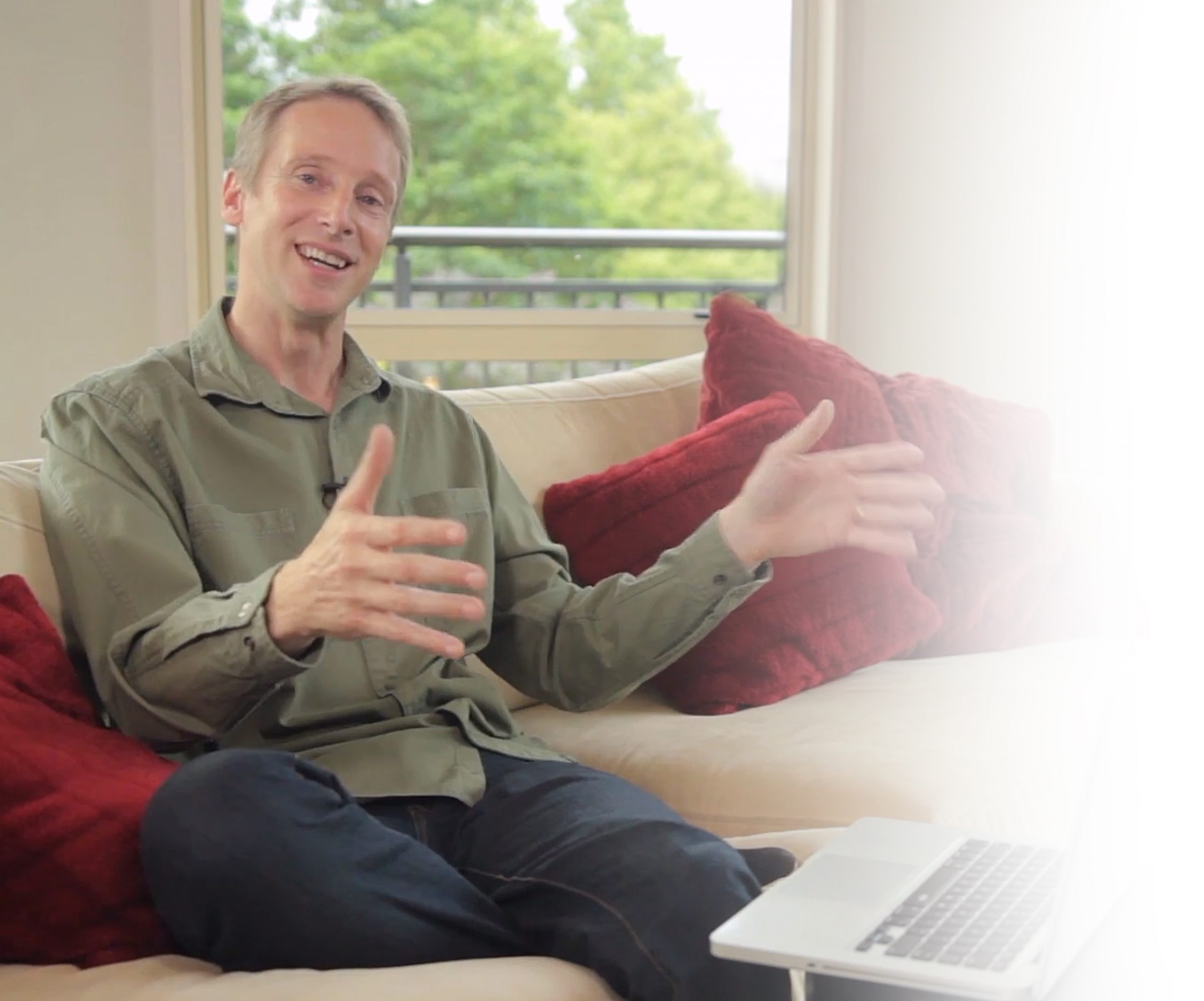 “Thinking leads to behaviour. So if we want new results, we will first need to help people think or perceive of that thing in a new way!” — Dave Mann

Dave is a creative communicator with a vision to see an understanding of the Christian faith continuing, and also being valued, in the public square in Aotearoa-New Zealand. He has innovated numerous conversational resources for churches, the most well-known of which is the ‘Hope Project’ — a nationwide multimedia project (booklets to most NZ homes, public TV ads, web media) timed for Easter. The project is purposed to help open conversation between church and non-church people about Christianity and its significant place in our bicultural and wider ‘values’ history as a nation.

Dave is the author of various books and booklets including “Because we care”, “That Leaders might last”, “The Elephant in the Room” and “In One Spirit.” He is also the producer various concise Christian equipping, teaching and other video series.

For education he is additionally the producer of the ‘Chronicles of Paki’ illustrated novel series which narrates portions of our nation’s early bicultural history (biographical and other), and is to be found schools, libraries and churches throughout our nation. On radio he narrates the ‘A minute in history’ series, telling stories about the background of many of our nation’s most treasured values.

Dave is married to Heather. Together they have four boys and live in Tauranga.

(Some of the topics of conversation)

1. The Rebranding of New Zealand — and how we respond strategically

A discussion on cultural change, and he inter-play of various cultural trends and how they might affect the place of religion in the future of our nation. We then consider how this affects our communication strategies and approaches for communication, including our content and equipping for our church members.  (Resources: the book, In One Spirit, plus free online resources).

2. Christianity, biculturalism and the next forty years

(Strategic, educational — talks on  NZ history suiting all groups — including public schools, while the strategic is for church related groups)

Session 1: A compelling telling of our bicultural story. Optional session 2: A discussion on the interplay of various bicultural trends, with particular considering of the potential implications for religion and Christianity in the public square of our nation into the future.  (Resources: The Chronicles of Paki illustrated history stories, with classroom resources, and some Sunday School resources)

(Strategic, educational for all groups)

Is this a ‘Christian’ nation — as measured by heritage and values? Or is Christianity a thing of the past, and irrelevant to our present and future?  Where did our freedoms of speech and religion come from — or the equality of genders, or equality of races? How about our concepts of charity, or the otherwise crazy ideas of education and healthcare even for poor people? What about our systems of government and law, accountancy, and more? How connected are we as a nation with Christian ideas today — really? Hear stories from our history, and about trends in wider global ‘Western’ society toward a re-esteeming of our cultural heritage and identity as ‘Christian’.  What might the future of these trend look like, and how could we speed the coming of good things? (Resources: Free podcasts, free Hope Projects booklets and various other books available via AllTogether.co.nz/shop ).

4. The plausibility of a strategy for national change

A stimulating and faith-building workshop-discussion for senior church leaders / pastors on the plausibility and processes involved in ‘generating’ national changes in thinking – whether this be within the wider Christian Church, or through the to our nation as a whole.

5. City/Town Pastors’ Groups — A Vision of a Functionally United Church

(Strategic — for these groups)

Discussion on the very rarely topic of Church leadership — with a capital ‘C’ (as contrasted with small ‘c’ local church leadership). What is the purpose and functional potential of a city/town pastors group? Is that functionality in mission a realistic expectation — or just an idealism? What trends are at play amongst city pastors’ groups in our own nation right now? What might the way forwards – toward a more functionally united church within our cities and nation (all together) look like? (Resource: The book, In One Spirit).

6. The potential of our unity

Jesus prayed for a united Church — and therefore a united Church is possible. But unity isn’t about meeting in a room together — or even just praying together.  It’s about answering the question: What can we do together that we cannot do apart? (God wants functional unity, by which we function ‘as one person’ — Philippians 1:27).  Expectations amongst us are sometimes misaligned. This brings tension — which can be resolved through discussing what good inter-church boundaries might look like. How we talk about each other is very important also. But mostly — faith is important in this space. There are many amazing examples of things churches are doing together in our nation — and internationally. Most o f these initiatives wouldn’t exist if churches only worked independently. So both the independent and united function of our local churches is needed — but mostly faith to believe more can be achieved. When we have that, it’s can be amazing what rises to the surface!

7. Conversational Outreach (Methodologies for our times)

An explanation of the conversational paradigm for personal outreach (‘evangelism’), with a view to empowering and releasing every Christian to engage confidently with those around them. The premise of this talk is that the biggest challenge isn’t the sharing of the gospel itself, but the creating of a conversational context within which we might share it and encourage faith. How do you engage a positive and winsome conversation with someone you fundamentally disagree with? (Resources: Dave’s books Because We Care, and Elephant in the Room, free video resources for churches and small groups, and some specific other books via AllTogether.co.nz/shop)

(Equipping with methodologies for our times)

A look at the people skills Jesus used in various conversations, including the use of questions, replying questions with questions, disagreeing without disagreeing, avoiding quotable quotes, and sometimes not even answering, or even deliberately confusing people — and more! We need to understand why — and then to learn these skills! (Resources: Free video resources for churches and small groups)

9. How to achieve an effective and sustainable mobilisation of church members

(Leadership equipping for pastors and their key leaders)

For key church leaders, this is one of the most important things our ministry can share. It is about the building of sustainable habit-based approaches to equipping and mobilising members, and what this can achieve. (Resources: Dave’s two books Because We Care, and Elephant in the Room articulate specifically on this, plus there are free online video resources for church leadership teams).

Three high-impact 30 minute training sessions (though longer is good, if there is space for it) that impart an overarching paradigm for intentional disciple-making through small groups — in synch with the intentional plans of the congregation they are a part of. This includes effective mobilisation to outreach — but the goal is bigger: Turning members into disciple-making disciples! (Resource: Dave as amateur videos of himself giving this training — and can share all notes, so the local church can regularly repeat these 8 key lessons, so they become remembered and applied)

11. How to turn your church small groups into effective relational outreaching teams

What might a sustainable habit-based approach to equipping and mobilising church members as everyday conversational witnesses looks like, and what it can achieve in a church small group.   (Resources: Dave’s books Because We Care, and Elephant in the Room, and also free video resources for churches and small groups)

A discussion of the key strategic hurdles that exist to youth mobilisation (as witnesses to their peers) and how to overcome them. This includes (briefly — or as a second session) equipping to build a sustainable habit-based approach to equipping and mobilising — just as the above sessions do for local churches, but with strategies adjusted to suit current NZ youth ministry environment and dynamics. (Resources: Free video resources for both youth leaders, and for equipping their youth).

13. Many religions — What’s the Difference?

(Apologetics and strategy — as it’s a vital yet neglected topic)

While this isn’t key strategic leadership content like most of the other topics, this is a much-needed discussion, considering the significant differences that exist between the religions, so we are able to gently challenge the cultural myth that all religions are the same (as this is actually a truth claim itself, with increasingly discriminatory outcomes from it’s belief within our society). The session will include practical wisdom for how to engage meaningful conversations on this sensitive yet very important topic.

14. Why do Christians believe Christianity to be true?

(Apologetics and strategy — as it’s a vital yet neglected topic)

Again — while this isn’t a strategic leadership session, it’s an essential topic that is too-rarely articulated simply and concisely as a whole.  So — here’s the option of a fast-moving (one hour) overview of the logical through process through science, philosophy, history, textual criticism, Biblical study and experience that together paint a picture of why Christians not only believe in intelligent God exists, but also that he has intentionally sought to reveal himself to us through Jesus. (Resource: Future resource planned).