What this webpage gifts you

This webpage has a few gifts for you as a local church or small group leader.

The early church met in the synagogues, and from house to house. This is to say, Christianity started as a ‘house church’ movement. Later at the time of Constantine it became the state-sanctioned religion. From then onwards the larger gatherings became the focus — like they still are in the West today. What is of note is that the Church thrived when meeting only in small groups – while it did not thrive well at all when meeting only in large groups. Large and small groups both have value – but we are unwise to overlook the significance of small groups.

The mission of the Church (to make disciples of non-disciples) is not only the mission of the local congregationl  it is also the mission of every church small group!   In addition, God always intended that Christians connect relationally for encouragement. We call it ‘fellowship’, and it’s key context is the small groups because the 50 or more ‘one anothers’ of the New Testament could not be applied in any other context!

This 16-minute video for small group leaders in local churches (also at /ATConsulting) explains the habits through which small group leaders could also work to equip and mobilise church members as everyday conversational witnesses. Through these habits they have the power to AMPLIFY the pastors efforts through the ‘outreaching culture’ strategy explained above. The stated goal is to ‘reinsert’ the mission of the church small group into these groups – in recognition that many groups are already serving other good purposes.
A notes sheet, with discussion questions to go with this video can be downloaded here. This explains a ‘paradigm’ of leadership that can see members sustainably mobilised.

Introductory message on the important of church small groups

A stirring 40 minute message on the importance of church small groups if the Church is to more fully become what God intended it to be in this world.

In this message Dave traverses history and Scripture to present a compelling challenge, principally suggesting that the goal is not that we have churches with small groups, but instead become churches of small groups.

The above audio is an introduction to the importance of small groups.

The video here is the first of three — summarising 8 key areas of training, to enable small group leaders to deliver measurable results. The goal is disciples who make disciples.

All within 30 minutes — this first video concisely articulates:

The text next to the first video explains what is being gifted here.

This second of three videos covers:

The text next to the first video explains what is being gifted here.

For this final session — also download the sample ‘calendar’ (as a editable Word doc) here.

This third of three videos covers:

Gift #3: Some other free resources 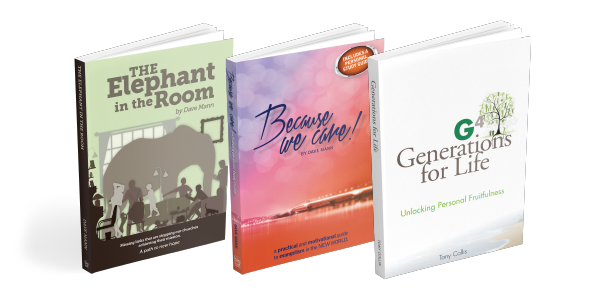 (B) ONLINE RESOURCES FOR YOUR USE WITH YOUR LEADERS:

You will find a chapter by Dave Mann on how to lead a ‘cell’ ministry (Chapter 5 of ‘The What and How of Youth and Young Adult Ministry — Singapore version’) here.

Please freely discuss your small group vision and strategies with Dave Mann and Tony Collis. Both have had significant experience in bringing leadership to small group ministries / small group movements. 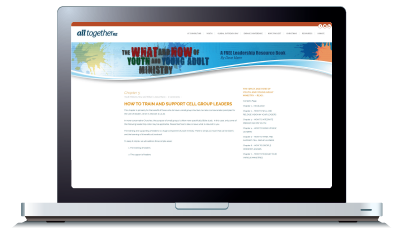