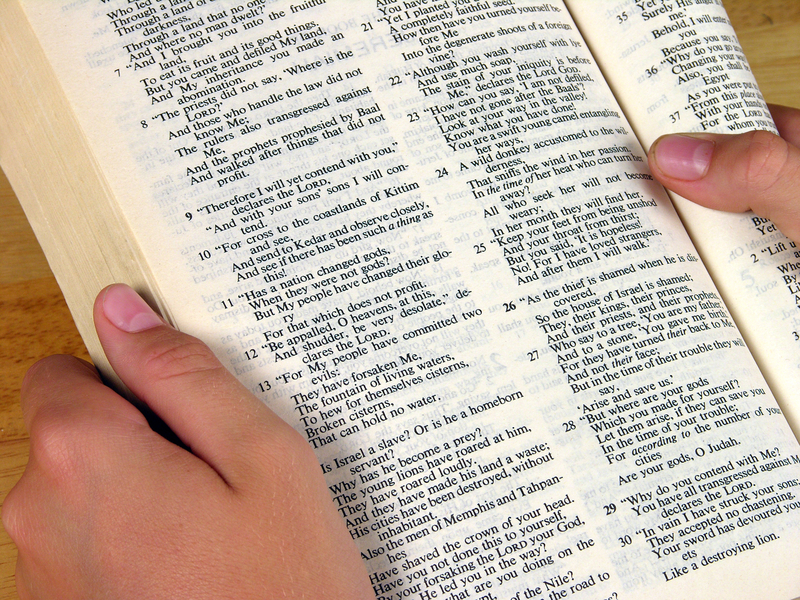 I recently heard a brilliant mini sermon by Ps Edmund Chan (SP of Covenant Free Evangelical Church in Singapore) on the text “Jack and Jill went up the hill to fetch a pail of water” (Hezekiah 4:9). Being a fully motivational message, the congregation were soon shouting ‘Amen’, enjoying the demonstration. The point is quite obvious – sometimes the way we use Scripture is really kinda silly – accrediting things to Scripture that it was never intended to say. Intelligence and thought DO need applying to our understanding of the Scriptures.

Last week a really fun thing happened (as far as fun for pastors goes ;-). On the Saturday I preached on ‘Blessed are the meek’ from Matthew 5. On the Sunday, by co-incidence, our Missions Pastor, Ps Alvin, preached on ‘Gentleness’ as a part of a series on the Fruit of the Spirit Galatians 5. What is of note is that the words meekness, gentleness and humility are – in these passages – all merely translations of a greek word for which there is no accurate comparative in English. The Greek word is best described by the word ‘meekness’, but in modern English the word ‘meekness’ has connotations of weakness – which is certainly not true of the Greek word which means ‘power under control’. A meek person is a strong person, but a person who, in humility, does not use their strength, who relates gently, and yet who could, if needed, be very forceful and bold.

Jesus’ life and manner best demonstrate the greek words meaning. Smiles broke across the faces of a number who were at both services as they realised what was happening. Fortunately (and why it was fun, rather than embarrassing), both Ps Alvin and myself had both done the basic study needed to recognise that meekness, humility and gentleness in these passages were derived from the same greek word – thus our sermons were the exact same topic! The greek word for ‘meekness’ was applied only to Jesus in the New Testament, and so we both illustrated with Jesus. The hebrew equivalent word was used only of Moses in the Old Testament, and so we both illustrated from the very same passage and account in the Old Testament. The greatest credit goes to Ps Alvin who – had he preached on the english word, ‘gentleness’ (as it is translated in Gal 5), would have preached a very different message. My word of ‘meekness’, as found in Matt 5, is much nearer the meaning of the greek original, so had I preached the english word rather than taking a few minutes to read up on the passage, I would have ‘fluked’ a more Scripturally accurate message.

What was demonstrated positively (phew!) was how our interpretation of Scripture needs to include some basic study, because all the Scriptures are letters/books written in a given time, place and circumstance. Some demean theological education and the acquisition of knowledge as if they were something to avoid. But, while some theological seminaries are fairly called theological cemetries, knowledge is an honourable and important pursuit in the course of a pursuit of God. The last part of that sentence is of course what is most important point (the motive).

How are you and I seeking to grow in knowledge? Are we giving time to really understand what the Scriptures we read each day mean in their original context? God took the effort to write us a message – should we not seek to actually understand it?

Indeed – we should understand it, and treasure it!