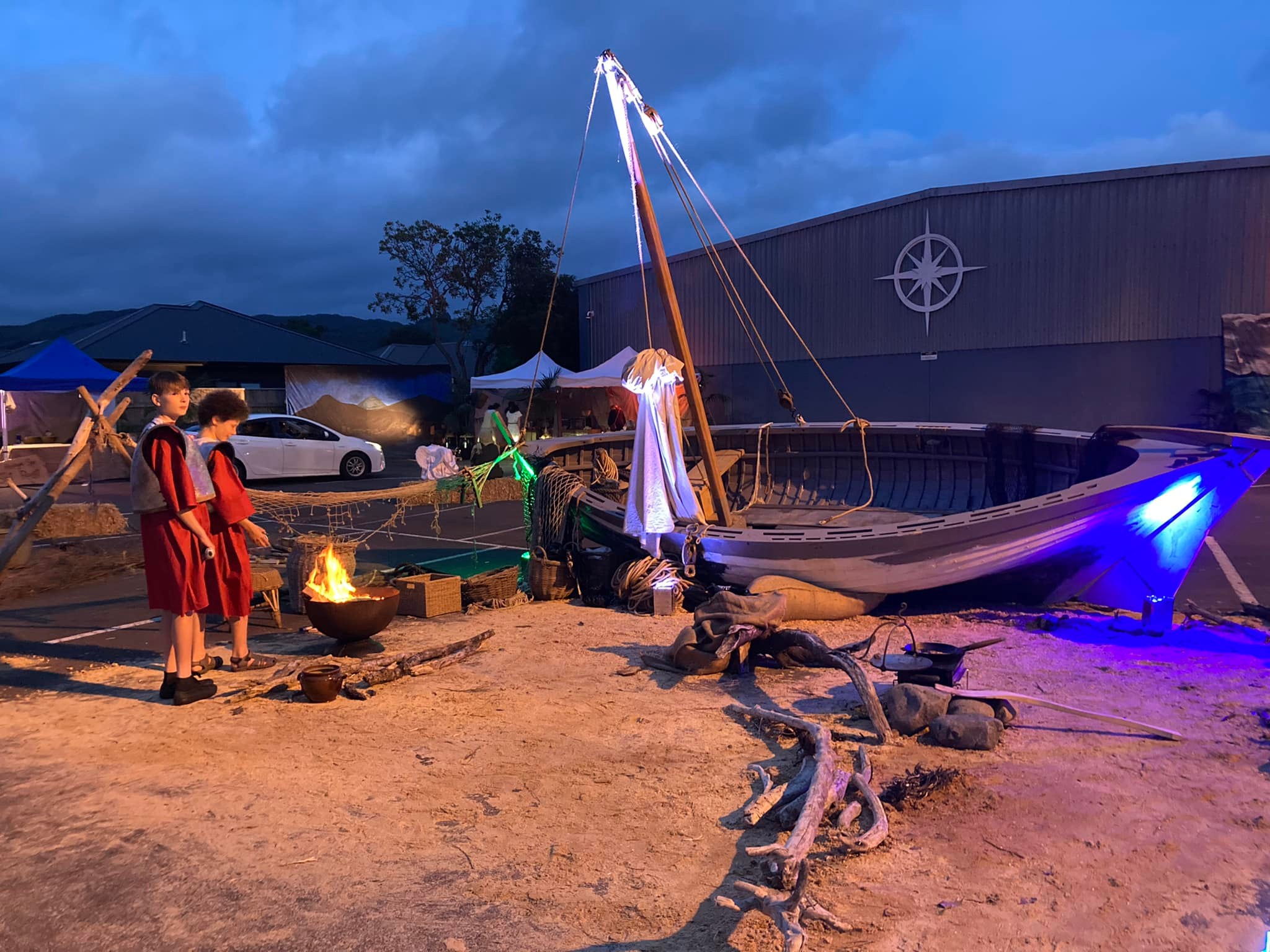 Nativity Stories From Around NZ

We continue to bring you stories of the wonderful things New Zealand churches are doing to keep Christ in Christmas – and to pass on their  story so others can copy  their ideas.

The Night That Changed the World – Heretaunga Christian Centre

This initiative called, “The Night That Changed the World” has been run over the last few years by the Heretaunga Christian Centre which brings the Christmas Story to life.

They have set up an interactive experience where people journey back to the manger at Christmas… to the night that changed the world forever.

People wander through the streets of Bethlehem, interacting with wood and leather crafters, potters, bakers, and fishermen. There is also opportunity to stop and relax besides the town water well, and for dressing up and having a photo taken with Mary, Joseph and baby Jesus. In addition children get to and experience the stable animals. From time to time throughout the evening a town crier, and a choir of angels fill the air with messages of peace and hope.

Through this interactive experience people can discover the true meaning of Christmas and how it can impact their lives today. This is achieved as they are immersed in a quality experience, as they chat with event staff, as they hear the message of the gospel through the angels songs and the town criers and as they read various descriptions of the stalls, which explain biblical contexts.

This live nativity experience (complete with animals) and traditional craft activities is a great for the whole family.

ACTION – Is this something your church could do? 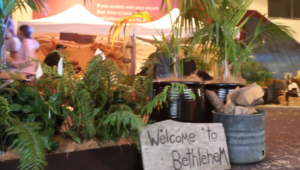 In 2021 the combined churches in Hawera united to bring the Nativity Hunt to life with 10 local businesses.

The idea was brilliant – because everybody won.

1. This idea works! From a ‘business’ sense, shops in rural towns suffer the problem of people taking an hour’s drive to a city near them to do their Christmas shopping. This encourages people to stay in town

…so the business community loved the idea, as also would the local Council. Entry boxes were in three locations – in local shops.

2. The way Christ was represented was wise. Entry form  included a direct quoting of the story of Jesus’ birth from the Bible

– The entry form included a direct quote of the story of Jesus’ birth from the Bible. While wordy at first glance – this kept the story central, and with people reading it exactly as it is in the Bible – without comment.

– This lack of comment is especially notable. This was a  wise and gentle approach – to note it, None could be accused of trying to ‘preach’ at people. It’s just the story – in raw form.

– This idea would still have worked had it been done in the name of just  one church – but they chose to share the credit, which presents very well. The Church looks  better when it presents together!

– Some costs associated (like for the free standing core flute prints) were paid from the combined churches account. 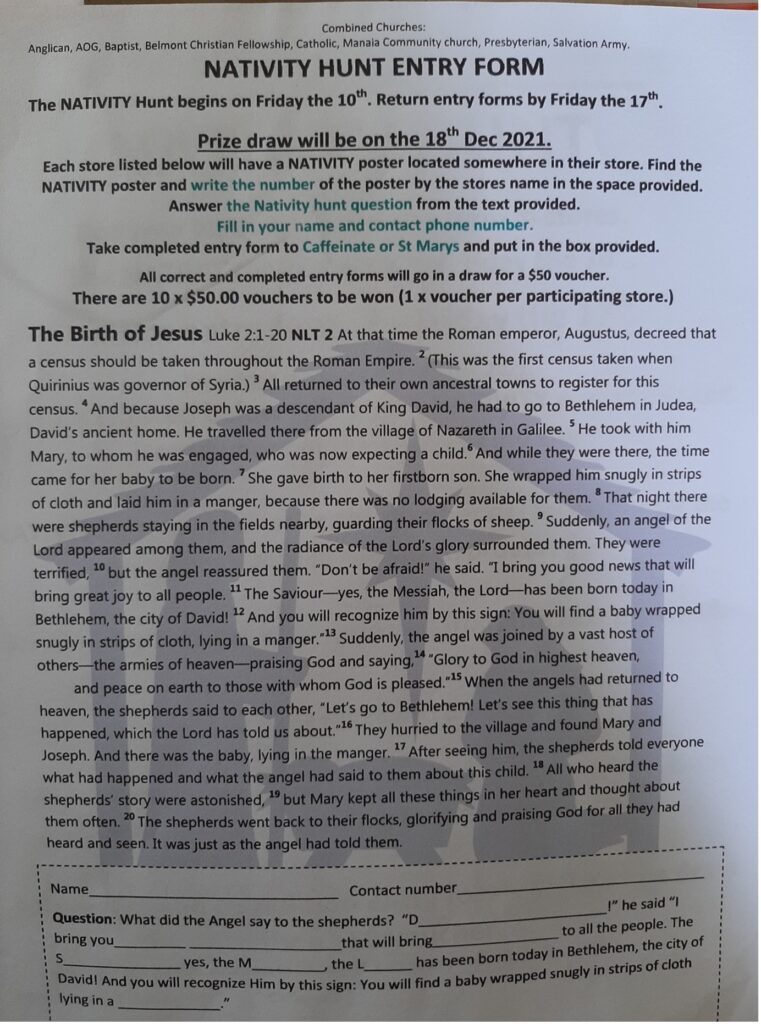 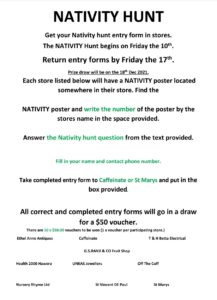 We suggest there was wisdom inherent in the way this was approached.

ACTION – Might this idea work for your community, as a fun combined initiative?

(If two or three Sunday schools agree to participate, you have enough people to ‘anchor’ it. Then it is only a case of talking with relevant people and promoting.)