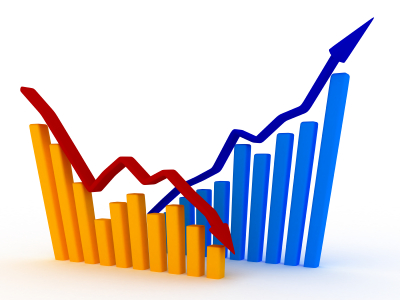 06 Nov, 2015 Religious affiliation is decreasing – but not spiritual interest

A recent Pew study claimed that New Zealand is one of only three countries in the world where the non-religious are expected to outnumber the religious by 2050, according to new research. They believed that by 2050 45.1 per cent of New Zealand’s population will be unaffiliated – making it the largest religious demographic in the country.

To quote an article on this: “New Zealand will join France and the Netherlands as having the religiously unaffiliated – referring to atheists, agnostics and those who do not identify with a religion – as the majority group in 35 years.” (See http://www.nzherald.co.nz/nz/news/article.cfm?c_id=1&objectid=11430295 )  What are we to make of this? Should we be concerned? I’m not convinced.

As a nation we are in the throws of working out how we deal with religion in our now multi religious society. No longer is there just one religion in our nation – and in a global village an ability to relate acceptingly toward all is important! Like teenagers who see so many things wrong with their parents, we are still in our ‘rebellion phase’ toward our spiritual parents (the Christian faith) – though I am hopeful that we might be nearing the end of this phase. Some youth can see only the faults in their parents – but then when they are in the 20s discover that mum and dad weren’t actually so bad after-all. This is how I believe it is with the Christian faith in New Zealand. With comparatives considered, Christianity produces the best in people, and in society. There is no such thing as ‘no religion’ – because everyone has a world view; everyone has a Creation story or myth; everyone concludes in some way on what they believe our greater purpose of our existence is; etc.  Its just that we’re not yet at a point where we can allow ourselves to see the good in our parents.  But in time, this might change. As the implications of other values and ways became more apparent, our critical attitude toward Christian faith might change – because Christian faith is a great ‘parent’!

What I’m saying is that I’m not convinced things are as glum as some suggest – because trends are trends, and trends can change. Leadership is about influence – and leaders could choose to value our heritage, rather than to undermine it. People are capable of thinking – and some will begin to cotton on that the sexual revolution didn’t make us happier, and is messing up our kids. All sorts of ‘freedoms’ are actually not freedoms at all. Many of these ‘freedoms’  (to sleep with anyone, to kill ourselves, to kill unwanted children, to kill old people and depressed people who want to die etc…) end up making our lives less precious and lesshappy and less content and less free. They are not really ‘freedoms’! There are scientific laws and there are moral laws. We cannot escape them – and it we break them, then we (or someone near us) will get hurt! I suggest that the existence of a spiritual reality and truth is ultimately self-evident – and will be discovered!

In conclusion: I don’t think we are moving much further away from God that we were. What is happening is that those who were religious affiliated, but didn’t believe their faith – are ‘unattaching’ themselves from the traditional labels. But they aren’t becoming atheists (even though the new atheists do fuel negative sentiment toward many groups). They are accepting a current cultural norm that says that all religions are best viewed as being equal and the same, because we do live in a multi religious society now, and we need to get on! It’s a phase in the psyche of our nation. It’s a natural thought-process. How could we engage with that thought process? There-in lies the possibility for change!