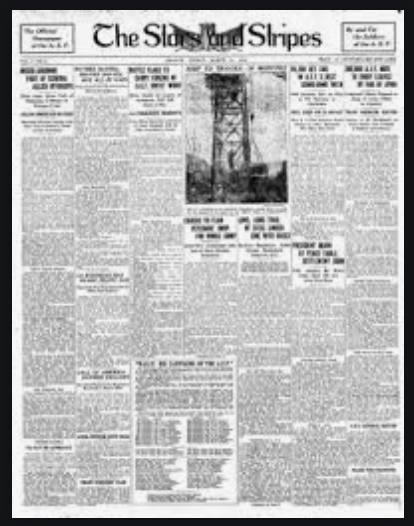 Change theory – and how to read the news

This blog might seem a little bit ‘fringe’, but I think you’ll be surprised to find it isn’t really.  I just thought the topic of ‘compulsory micro chips’ might be an or entertaining easy way to illustrate some change theory principles, and my overarching point – which is on the importance of learning how to ‘read the news’.
Regarding the topic of the illustration –  which is ‘compulsory micro chip implants’
– We are all aware the technology exists.
– We could probably all make a list of the benefits of the idea too. So it’s not a dumb idea.
– Some could also make a list of the way this would infringe upon personal freedoms and rights – which have a 2000 year history behind them. (Our freedoms are remarkable in the West today, easily lost, and difficult to regain).
Now, I’m not overly concerned or interested in microchips as a topic. It’s an illustration for the topic, which is the nature of change theory – which I’m writing about to make the real point – which is the importance of learning how to read the news (and of helping others to do so also through good robust conversation).

Re micro chips – the issues involved :

What sits behind the Bibles ‘offence’ at this idea?

The ‘offence’ of this system is that it represents ‘a world united to achieve good – but without God who is the source of all ultimate good’.

To consider what I would do, were I to try to lead a change in this area

The logic of leadership through change isn’t difficult. Seeing this logic gives us a context from which to read the news. Everyone has a worldview. Some also have agendas.
Phase 1 – Soft-launch the idea across a number of years, while accusing those who oppose it of believing in conspiracy theories – while also concurrently calling those writing in favour of it ‘enlightened individuals’.
Phase 2 – Normalise the idea through news media as ‘common sense’.  I.e. stop the denial – but let others say everything first, and show yourself to have listened to all opposition with great sincerity.
Phase 3 – Begin to implement it on the weak and vulnerable (which is those in the developing world – by doing it without asking them, or under Government / military mandate in their nations), while concurrently beginning to malign those who oppose the idea in the West because they are standing the way of what is best for humanity.
Phase 4 – Wait for a new crisis to leveraged to get those in free nations like the West to surrender freedoms – while thanking us for doing this to them.
Phase 5 – To conclude the matter, persecute those who resist, because they are endangering others.
I think, with a basic understanding of human nature, the above makes simple sense from a leadership perspective.

The important questions re microchips

I’m not aware of anyone who would argue with the potential benefits of an electronic system like this . The questions would be:

My conclusion on the topic in the illustration (microchips)

It would require a really big crisis to force this on people.  It’s hard to imagine, but plausible.  I think the current reaction is more about people realising this is all plausible now.
(Do you agree? Do you disagree? I actually don’t mind. It’s our freedom to have the conversation and learn together that counts!)

The real point: How do we ‘read’ the news?

We live in a crazy and changing world – and this makes it important is that we learn how to read the news.

Let’s equip those around us to ‘read the news’!  Context is everything. Everyone has a worldview from which they speak.

I suggest this is now an important topic for intentional conversation!