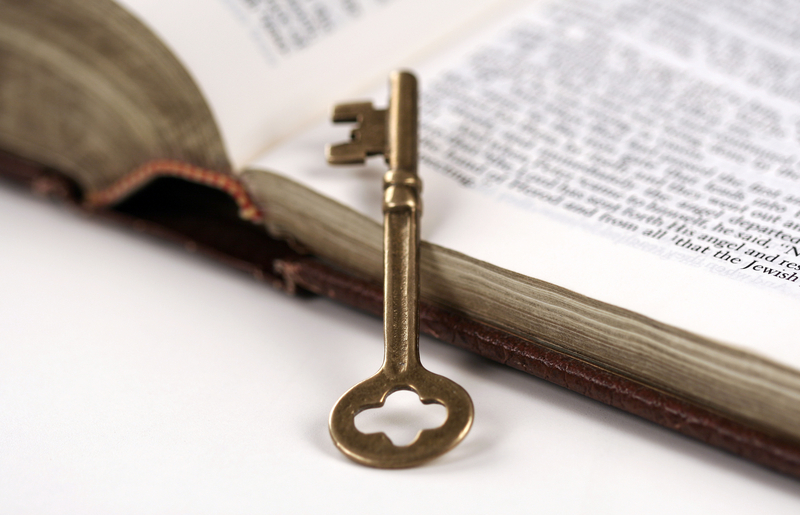 Introduction, and explanation of topic

J Barton Payne in his ‘Encyclopaedia of Biblical Prophecy’ identifies 127 predictions fulfilled in Jesus – thus ruling out more than 200 others that Christians might claim. What is going on?

Firstly, Payne is establishing a necessary strict method of interpretation so there can be intellectual clarity AND CREDIBILITY. This is essential for making a fair case for prophecy to a sceptic who doesn’t believe the truth of any claimed prophecy. Payne’s method is thus thorough, taking the first 140 pages of his 700 page book to just explain – yet beneficial.

As such, some claimed predictions are not really valid. If you want to know more I really can offer no more help other than to suggest reading more on this yourself, as short reflections cannot communicate such a thing (especially when 140 pages are needed to clearly detail the interpretive method, with all its nuances).

However, one reason for the large different in numbers is that many prophecies can only be recognised as such after the assumption that predictive prophecy in the Bible is valid and true, and also that Jesus really was the Messiah. If we ASSUME these things, then a whole new world opens up – but one that has no meaning or relevance to a non-believer (and that we therefore should not use when reasoning with a non-believer).

Jesus is believed to have been born around 5B.C., and fulfilled many specific predictions. However, a case can be made that He fulfilled many ‘inspecific’ predictions also. What is an ‘unspecific’ prediction? If God’s plan all along was for the Messiah to come, then the Old Testament period was planned by God to lay the foundations for the coming of the Messiah. As such, the entire Old Testament could be said to be ‘prophetic’ of the Messiah. It’s like when a person builds a house. The walls are built in a manner that enables the roof to be put on top. Old Testament happened as they did specifically so that Christ could come as the fulfilment of the questions raised, and of things taught or illustrated.

One scholar put it this way. “Appeal must be made, not to the predictive elements of prophecy only, but to the work of the prophets as a whole… We find in Christ, not only the fulfilment of the predictions of the prophets, but the consummation and realization of the whole of their teaching.”[i]

In other words, God is in the process of performing a rescue mission, and the ground work has only been done because the actual rescue mission is coming. A stage is only set so the actors can come out to perform. The Messiah would be the one to fulfil God’s over-arching plan.

(I note that this is what gives validity to ‘typological’ interpretations – yet also that necessary boundaries are needed for defining where a prediction was intended by God, as opposed to merely where a parallel to Christ exists.)

To illustrate, Hebrews 10 (written after Jesus) refers to the Old Testament practices as ‘shadows’ of what was to come. It says it is “…impossible for blood [sacrifices] of bulls and goats to actually take away sins”.[ii] So what is the point of the sacrifices? They were descriptive of something that was to come later on – specifically a final ‘priest’ (Jesus) who would offer himself as the sacrifice.[iii]

For example, the Passover Festival commemorated God’s saving of the Jewish people. In included the sacrificing and eating of a lamb. Is it mere coincidence then that it was on the Passover weekend, hundreds of years later, that Jesus was tried, executed and resurrected for the salvation (saving) of humankind. They sacrificed and ate a ‘sacrificial lamb. Jesus was called the ‘lamb of God’ by John the Baptist – and John would have said that without yet comprehending that Jesus was going to die.[iv]

Similarities in the traditions extend even to details, such as that “…no bone of the Passover lamb should be broken” (Ex 12:46; cf John 19:46). In history, no bone of Jesus’ body was broken because he died so quickly, while the other two men crucified at the same time had their leg bones broken to aid quicker deaths.[v] In another place it says that the sin offering should be burned outside the camp (Lev 4:12; cf Heb 13:12).”[vi] In the same way Christ was also crucified outside the city. And so the parallels can continue.

“…Old Testament situation was designed to be directly prophetic of Calvary.”[vii]

Are such things mere co-incidence, or by Divine intent?

It cannot be proven, but many cases are highly likely once one accepts that genuine prediction exists and Jesus was the Messiah. This thus demonstrate why the number of intended predictions in the Bible – once one accepts there could be a Divine hand in it – could be significantly larger than the numbers we might otherwise accept.

(B) One AMAZING example of typology

This example may be included in one of my booklets, but I include it here also, because its cool!

When God acted completely out of character

What causes Bible scholars to first consider that this story we are going to look at might have been intended as a prediction is that God did something completely out of character. Only by viewing it as a prediction does it make real sense.

It is the story (from Genesis 22) of God instructing His first chosen man, Abraham, to make a human sacrifice of his son. No defense of God’s actions are given in the Scriptures. The Bible is also clear in its condemnation of human sacrifice. Across thousands of years of history this condemnation has been consistent.

So what was it all about? Why would God do something so out of character?

To summarise the story, Abraham begins to follow God’s instructions by travelling to the place God had told him to go to. It was a mountain called Mount Moriah. The account starts with the words, “Some time later God tested Abraham” (Genesis 22:1) – so the author of Genesis points out that this was a test.

However, there is a clue as to what was going on. God says Abraham is to sacrifice “…your son, your only son, whom you love…” The question is, why is it emphasised?

It took Abraham three days to travel there, which goes to show that the place wasn’t chosen because of its convenience.

Also of note, Abraham and his wife Sarah had waited 25 years to have this son (Isaac), and they were now both very old. So, it was a serious test!

Abraham began to climb up Mt Moriah, and his son, Isaac, carried the wood on which his body would be burnt after he had been killed. Isaac did not know what was about to happen. He asked, “…but where is the lamb for the burnt offering?” To which Abraham replied, “God himself will provide the lamb.”

The Bible tells us Abraham believed God would raise Isaac to life if he killed him, because God had promised him many descendants through Isaac.[viii]

Then the disturbing details make sense.

Prediction #1: Mount Moriah was probably an empty desert hill back then, but we now know of it as the Temple Mount at Jerusalem.

Prediction #2: Just as Isaac carried the wood on which he would be burned up the hill, 2000 years later Jesus carried the cross on which He would die up a hill nearby.

Prediction #3: While God intervened to spare the life of Abraham’s son (God stopped Abraham before he did it, asking him to sacrifice a ram instead), God did not spare His own “…son”, His “…only son” whom He “…loved”. 2000 years later God’s Son, Jesus, died and as the ‘sacrificial lamb of God’!

Could it be that God acted completely out of character, telling His first chosen man to do something crazy, because it was intended to show us that He had purposed, from the very beginning, that Christ would come, die and rise for us?

Could it be that God is actually, somehow, in control of all of human history, and is working out a plan?

Copies of the text exist from before the time of Jesus, and so we can only stand in wonder.

So, (1) The fulfilled predictions in the Bible are really unique in their number and specificity (specific-ness). They are a clear evidence of a Divine hand in the writing of the Bible. There are actual copies of Old Testament texts that pre-date Jesus – in particular from Qumran. These dispelled the notion that the fulfilment of predictions in Jesus had been fabricated by changing the texts. The fulfilments are genuine miracles, and something worth studying and knowing about. (My own booklet “Better than Nostradamus” is on this topic.

However, (2) as in this reflection, the actual number of predictions is much higher than we could use in talking with a non-believer, because God had planned from before the very beginning that Jesus would come. Once we see and believe this, our view of the Old Testament undergoes a slight change. We read with an awareness of where God was going with things – and that causes things to appear that might not have been seen otherwise.

Regarding Abraham, it is unlikely any person in the OT times thought the story of sacrificing Isaac to be prophetic – but after Jesus, and noting that God telling Abraham to sacrifice a child is COMPLETELY out of character, and inadequately ‘answered’ in the text, it makes perfect sense. God had always planned for Jesus to come, and here is the parallel (a) with the first chosen man – Abraham, (b) going inconveniently to Mt Moriah to (c) sacrifice his son as a sin offering.

As already said… I hope this is helpful to someone.

The Christian faith can stand its ground intellectually. While most of us don’t need to know all this stuff because God’s Spirit proves His reality and credibility to us experientially, its (a) nice to know, and (b) important to know for the sake of the ‘lost’!

They are our reason, because we’re sorted already – thanks be to God!

[iv] See John 1:29 for where John the Baptist realised who Jesus was, thus giving Him this title, repeated in verse 36. This may have been intended as a general reference to sacrifice for sin. It is helpful to see it as such for we cannot know exactly which Old Testament reference John was referring to when he made the statement (the Passover lamb, or maybe the lamb of Isaiah 53:7, etc…). What is clear is that John prophetically recognised Jesus’ ultimate purpose before it had come about.

[v] …so bodies could be removed before the Sabbath started.

[vii] Summarising comments of Theologian Patrick Fairbairn, The Typology of Scripture, I:47, as in footnotes in Paynes’ Encyclopedia of Biblical Prophecy, p23.