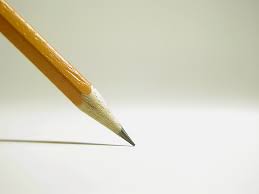 After introducing ‘The Four Fields’ to me and after sharing and explaining field one, the young man moved to the rectangle on the top right (second) part of the page and wrote the word ‘Gospel’. He then drew seeds in the field and wrote in the middle of the field the word ‘Sow’. He then pointed back at the first rectangle and said “As we engage the unchurched world we create opportunities to…” he then swept his hand to the second rectangle and continued…” “…sow seeds of the gospel.”

Jesus taught in Luke Chapter 8 verse 4 “A sower went out to sow his seeds…” For the rest of this time with you today I wish to reflect on the first part of this scripture and that is ‘Sow’.

How do we sow in the fields around us? Using the word sow as an acronym I would like to share the following three ideas.

In sowing, look for opportunities to share the stories of God in you; unleash the power of God through prayer; and manifest the reality of God through an animated life.

In preparing your people to be sowers, help them to understand the value and power of their personal stories to draw people to Christ. Give regular opportunities for testimonies in church services and use elements of your own walk to illustrate the power of a now-story. Encourage your people to look for open doors for prayer and give them opportunity to tell their stories of God ‘turning up’ while they are praying for people. Model the animated, Holy Spirit inspired life. Powerful testimonies supported by powerful God encounters through powerful people are powerful tools in the hands of a missionary God. 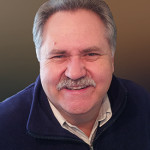 TONY COLLIS. Tony’s ministry experience includes national ministry as an evangelist and as the National Director of OAC Ministries. He also has experience in church planting, including being part of a church planting movement netting one-thousand churches in three short years. He is an author, promoter of evangelism and mentor to evangelists scattered throughout the country, as well as heading a network of national evangelists and being Vice-President of the New Zealand Association of Evangelists.