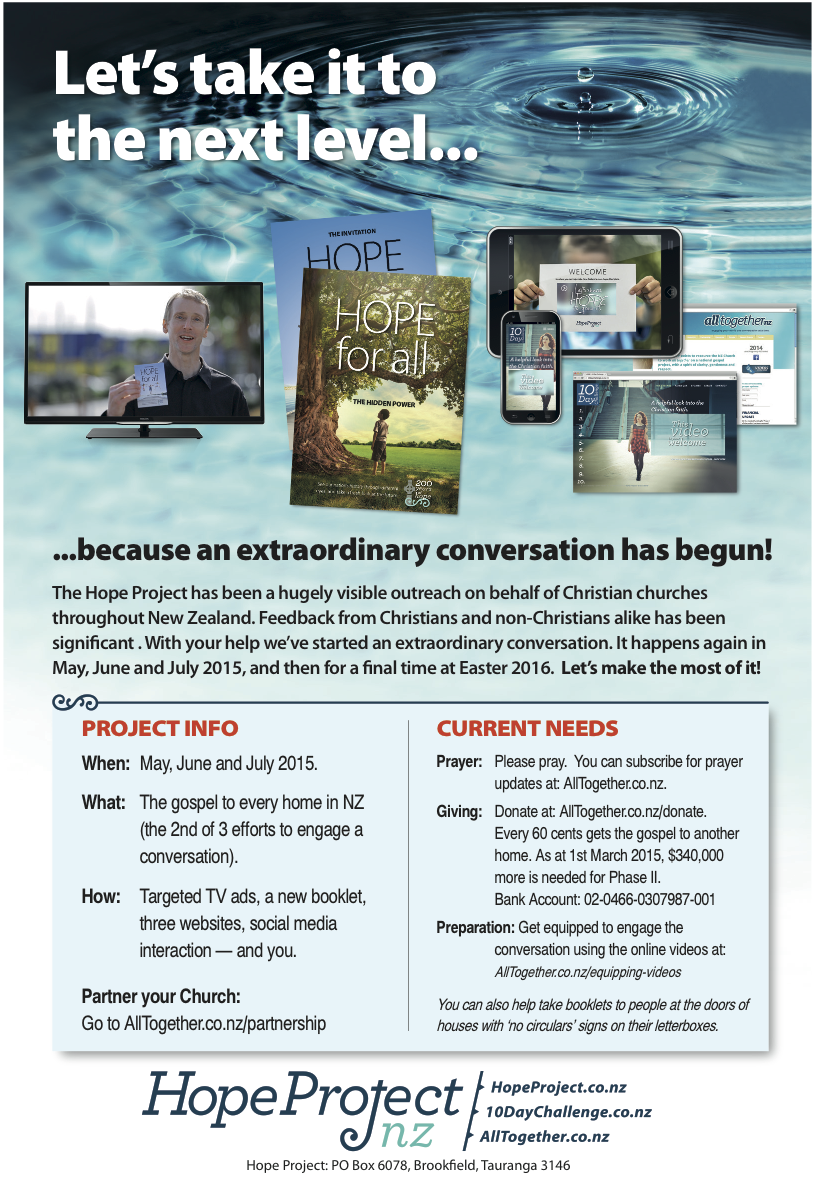 The Hope Project is doing it again. Last October, for the first time in thirty years, the gospel went right throughout NZ. It was also the first time this has ever happened through a nation-wide coordinated multimedia effort. More than 1.54 million booklets were distributed as part of this. So, why do it again? “Because it must be about a conversation, not ticking a box!” is the reply from Dave Mann, the project’s coordinator.

“If we don’t get the gospel beyond the four walls of our churches, and engage with people, most people in our nation will not understand the gospel message we’re commissioned by Jesus to communicate. No number of large programs that we invite people to attend with us can achieve this. Most New Zealanders don’t even believe in a single knowable God any more. All religions are considered the same. Only some will come to our programs. If we are going to have an impact in our culture, we need the courage to ‘go’ beyond our church walls (Matthew 28:19) to engage New Zealanders in two-way spiritual conversations. We are also convinced it is possible for most NZ Christians to become successful doing this. The evidence can be found in churches throughout the nation who prepared their members with this conversational approach prior to the first media effort. We are hearing the stories. Great things are happening in ordinary places!”

May 1st will mark the beginning of the second of three media efforts by the Hope Project team. The gospel will be communicated nationally. Various TV ads will be on various channels. More than 1.5 million booklets will be distributed. The social media door will be opened wide, linking people to the many web options. The second project will also be more youth-friendly than the first. Great things are expected!

“While there are people coming to faith, there are many more people than this who are taking steps toward faith. This is significant! It’s the kind of thing we believe we need to see more of, and need to value.”