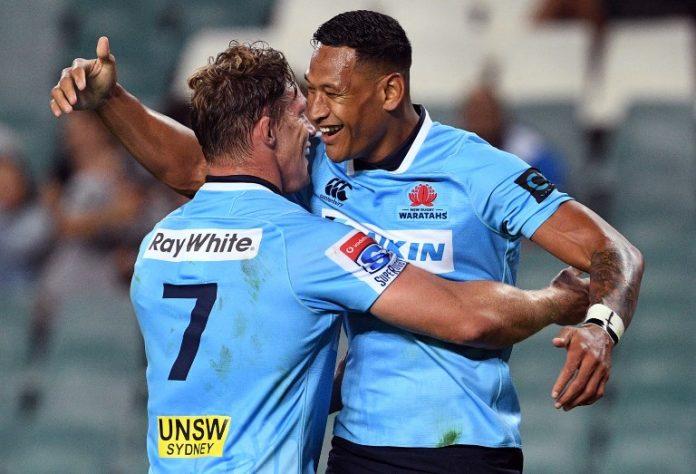 The recent Israel Fulau saga has concerned many. It is clear that while issues of sensitivity are real, Israel was also a pawn in a much wider game – and we would be amiss not to consider the cultural lessons that are to be learned.

The need for adaption in a changing world

Our society is changing, and this means that Western Christians are feeling increasing tensions in areas where the popular consensus has move away from Christian values or teachings. While many of the privileges and freedoms of our Christian heritage are still preserved in our nation – some rights and freedoms related to religion really are under threat. Some call it ‘the intolerance of tolerance.’ There are numerous examples from around the Western world. How are we to respond? With alarm? Or should we adapt? Let’s look at Jesus!

Quite apart from the tensions of the Roman occupation Jesus lived under, he had religious leaders who were looking to trap him in his every word.  How did he respond? Did he stand to boldly defend his ‘freedoms of speech and religion’, to say whatever he wanted, because he wasn’t going to let their intimidations put fear into him?  No!  Instead he learnt how to discern the motives of those who came to him, and would entirely conceal his thoughts and teachings from them if they came with ill intent! Here are three things we could learn from Jesus for our public conversations.

#1 We do not have to answer every question

Staying silent is not always the same as denying the truth. The question of motive has to be considered. In Mark 2 Jesus was questioned about how his disciples picking grain to eat on the Sabbath. The motivate was to discredit Jesus – and so Jesus distracted the conversation with a question about the actions of King David, who’s men even took food from the temple when hungry. When asked in Matthew 22 about whether they should pay taxes to Caesar, it was again a deliberate trap. Knowing their ill-intent Jesus asked to see a coin and asked who’s face was on it. He then said, ‘Give to Caesar what is Caesar’s and to God what is God’s.’  And then there is the woman caught in adultery who is brought to Jesus, as recorded in John 8.  I think Jesus was genuinely stuck for words here when he stooped down to think, because the law did state that she should be killed. Imagine what the religious leaders around Jesus were doing and the awkwardness of it all. Would they have stood silently, waiting for his response? No – they wouldn’t have – and they didn’t! John 8:7 tells us that they kept demanding an answer!

Imagine the tension. Here is Jesus trapped in front of a crowd, unable to answer a question. Imagine them repeating the question, and asking him why he is avoiding answering. Then imagine a crowd of media harassing you, pushing you to make a statement that you could be ‘nailed to a cross’ for also, culturally speaking. Having found wisdom from God, Jesus did eventually say ‘let he who is without sin cast the first stone’ – thus diffusing the attack. However, the  point is that he had also deliberately and awkwardly refused to reply their question remains!

#2. We do not have to communicate clearly on every occasion

As believers, we rightly feel a responsibility to communicate Christian messages clearly. The implications of what we believe to be true are all-encompassing for every person! However, from a quick look at Jesus, he didn’t always speak clearly when he could have. Consider Jesus’ parables, which confused many. After telling the Parable of the Sower in Matthew 13 the disciples asked why he spoke in parables. He basically said, to paraphrase the following verses, ‘so that those with ready hearts to understand would understand, and those without would not’. Consider the meaning of Jesus instruction not to ‘cast our pearls to the swine’ (Matthew 7:6), or the saying ‘Grace to the humble, law to the proud.’ Contrary to what Western Church culture has taught us about speaking the truth boldly, we actually do not have to make every point clear to every audience.

#3. We can be wise to avoid giving quotable quotes

‘So, tell me Jesus, are you the Son of God?’ Look through the Gospels for an example of Jesus giving an answer to that question, and you’ll not find it directly stated until the High Priest ask when Jesus was on trial, just prior to his crucifiction (see Mark 14). Jesus avoided giving a quotable quote on that question for his entire life and ministry – except for some private words when amongst trusted company (Mark 8:27-30).  Instead, Jesus replied the question in other ways – through things he said and did. He claimed to be able to forgive sin. He called God ‘father’ – which in the eyes of the Jews was he same as claiming to be equal with God. He made his claim in many ways – but very notably not as a quotable quote!

In the same way we are wise to have discipline with our words, because the context of our comments will not always be preserved when we are quoted. And this is especially true in our increasingly secularised society. We simply cannot expect secularly-minded people to function with Christian ethics! For this reason I’ve personally maintained a discipline when discussing certain topics for over a decade already. We live in a world now where an mp3-recorded sermon can be used out of context twenty or more years after a thing was said. It is time to wisen-up!

The challenge here then, is one of vocabulary. The new lesson is in how to say things in a ‘politically correct’ manner, so as to avoid being misunderstood. Some Christians react to this idea, stating the they’ll never be ashamed of the gospel. But I wonder if this might be missing the point.  This is not about hiding from what we believe to be true. This is about learning how to avoid the cultural misunderstandings that keep taking place.

As an example, in reply to a question it can sometimes be helpful to discuss the wider picture our reply would sit within – rather than our view itself. For example, consider the statement, “I’m morally conservative, but I fully affirm the need for freedoms to exist within our society for people who  hold different values.”  The first part of that sentence could infer various things, while the second part shifts the primary focus to the necessary affirmation of the freedoms we have within our society, while also removing any innuendo of judgement. It’s a bit like saying “Our views are different but I don’t want to tell you what I think because I suspect you’ll misunderstand – while I do want you to know that even though our views are different, I’m no threat to you.” This is where Israel Fulau’s words fell short – because I’m sure he has no problems having a gay friend. He didn’t intend judgement – but there were audiences listening who were primed for that offense.  It’s the season we’re living in – and with wisdom it is possible to ‘keep our feet out of our mouths’, while also being more sensitive to the current issues!

Another look at Jesus

Jesus gave some great advice in Matthew 10:16 when he said “I am sending you out like sheep among wolves. Therefore be as shrewd as snakes and as innocent as doves.” And that application is my point in a nutshell!

To put flesh on this one last time – because Jesus’ example really is so intriguing; consider Jesus’ words in Mark 11 after he’d cleared the money changers from the temple for a second time. The religious leaders asked, “By what authority are you doing these things?”  To which  Jesus replied, “I will ask you one question. Answer me, and I will tell you by what authority I am doing these things. John’s baptism—was it from heaven, or of human origin?”

Jesus knew how to play ‘cat and mouse’ in his conversations. He knew how to intrigue and draw people in through stories and statements.  And he had no hesitation in entirely saving his ‘pearls’ when he sensed that those enquiring were not sincerely interested.

Speaking up must not be seen to be only about boldness and rights, and being unashamed of the gospel. It must also be about wisdom, knowing the time and place. Our goal in a conversation isn’t to be right – but to be effective.

Surely this reflects the example of Christ!

“Always be ready to give the reason for the hope that you have,, but do this with gentleness and respect, keeping a clear conscience…”