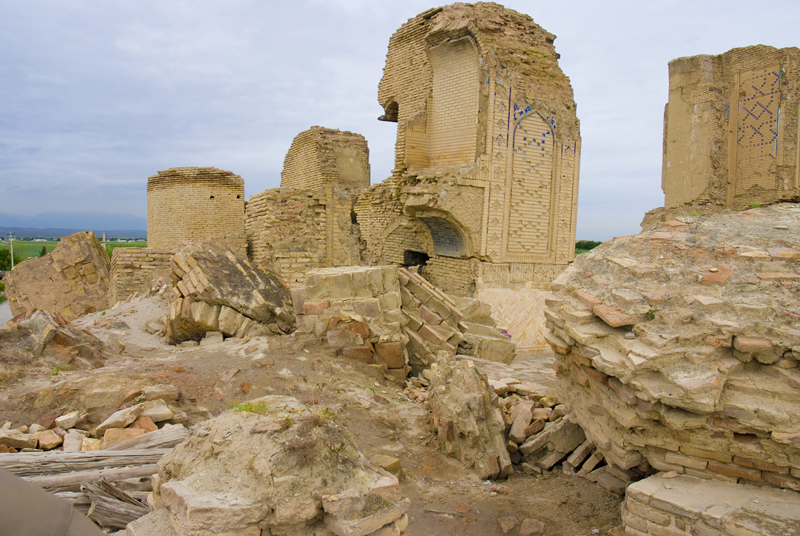 10 Oct, 2011 The archaeological journey to today

There have, however, been a disproportionate number of ‘attacks’ on these foundations of the Christian faith by unbelievers. The good news this article exists to tell is that the Christian faith has been found to be strongly historically grounded. Here is an ‘update’ on where the debate is up to in our times on the archaeological front.

Where the archaeological journey has taken us

Archaeology is an area where many accusations of inaccuracies were traditionally made (meaning from 200 years ago). However most often these have been revised years later when further evidence has been uncovered. Lets briefly consider 3 examples.

Example 1: Sceptics had long doubted the biblical account of Jesus’ burial, believing crucified criminals to have been tossed in a mass grave and then devoured by wild animals at that time – that is until a discovery was made of a near contemporary of Jesus who was buried in the same way the Bible says Jesus was buried. [i]

Example 2: In John 5 there is a story of Jesus healing a lame man at a five-sided pool just inside the Sheep Gate in Jerusalem where the sick came to be healed. Since no other document of antiquity – including the rest of the Bible – mentioned such a place, sceptics had long argued that John simply invented it. But that was only until archaeologists decided to dig where John said that the pool had been located and found a five-sided pool. What’s more, the pool contained shrines to the Greek gods of healing. Apparently John didn’t make up the pool, after all.[ii]

(It is of note that the Biblical sceptics had chosen to disbelieve the Bible before even investigating the evidence. We thus see that many criticisms actually have little to do with evidence. They are merely reflections of the sceptics assumptions, made off their ‘religious’ beliefs, such as the belief there is no God, or that God is distant and cannot be known).

Example 3: Because no evidence outside of the Bible existed to support the belief in King David’s existence, many suggested the stories of David were merely a ‘legend’ – that is until 1993 when the words “House of David” and “King of Israel” were found carved into a chunk of basalt. In 2004 a second possible inscription was discovered. The skeptics claim that David never existed is not difficult to sustain.[iii]

Where does debate still exist today?

Today, many archaeological evidences exist from the time of David onwards. Prior to this very little exists. And so, while a great many skeptics ‘accusations’ have been proven incorrect in the past 100 years, the accusations continue – thought focusing now on what happened before the time of King David.

So, today, skeptics suggest the accounts of the lives of Abraham and Moses, including the whole Exodus account, as being mythical, because there are, as yet, little to no evidences outside of biblical writings to prove their existence.

But regarding a fair approach…

In archaeology it must be noted that the absence of evidence is not the evidence of absence.

However, Biblical sceptics often seem to use the opposite approach when dealing with the Bible.

Outstanding evidence exists to suggest the reliability of the Bible. The fact that the debate continues is a reflection more of the heart of man than of anything else!

What is consistently reassuring for Jewish and Christian believers is that new discoveries are being made all the time, and these are consistent in the direction of supporting the Biblical narratives.

It is important to note that there are always a few ‘criticisms’ for which there are no answers yet – but in the light of all that has already been found, there is little cause for concern (or alarm when further new ‘discoveries’ are claimed to be evidences against the Bible’s reliability in some historical matter).

A current popular example is the claim of some archaeologists that the Bible’s account of Joshua’s conquest on Jericho is inaccurate. This is because a recently discovered Egyptian monolith, dated at 1207BC, celebrates and Egyptian victory over Israel, and – on the basis of all that is currently known – the dates don’t seem to add up. [iv]

But the notable part of that sentence is, ‘on the basis of all that is currently known’!

Merrill Unger explains, “…that where archaeology and the Bible seem to be in tension, the issue is almost always dating, and the most shaky area in current archaeology… [where] circular reasoning often replaces solid empirical analysis…” is the dating. [v]

Miller Burrows of Yale observes: ”Archaeology has in many cases refuted the views of modern critics. It has shown in a number of instances that these views rest on false assumptions and unreal, artificial schemes of historical development.” [vi]

In contrast, the evidence for Biblical historical reliability is simply outstanding! In terms of the oustanding amount of favourable evidence – as Wiseman points out – “The geography of the Bible lands and visible remains of antiquity were gradually recorded until today more than 25,000 sites within this region and dating to Old Testament times, in their broadest sense, have been located.” [vii]

It is unfortunate for us Christians (and God, and all those who are caused to feel indifferent toward sincere investigation of faith in God) that the ‘retractions’ of accusations are not usually as public as the initial accusations themselves. However, evidence is being found consistently, and they point in one direction – the Bible’s record of history is being shown to be accurate – and today even non-believers and sceptics openly admit this – such as sceptic Nelson Glueck who stated, “As a matter of fact, however, it may be stated categorically that no archaeological discovery has ever controverted a biblical reference. Scores of archaeological findings have been made which confirm in clear outline or exact detail historical statements in the Bible.” [viii]

It is only a matter of time before even more great evidences are found.

The Christian has every reason for hope – for our faith does not rest upon religious ‘legends’ or ‘myths’ . It is rooted in real history.

The Bible seems to be the story of a real God engaging with humanity in real history.