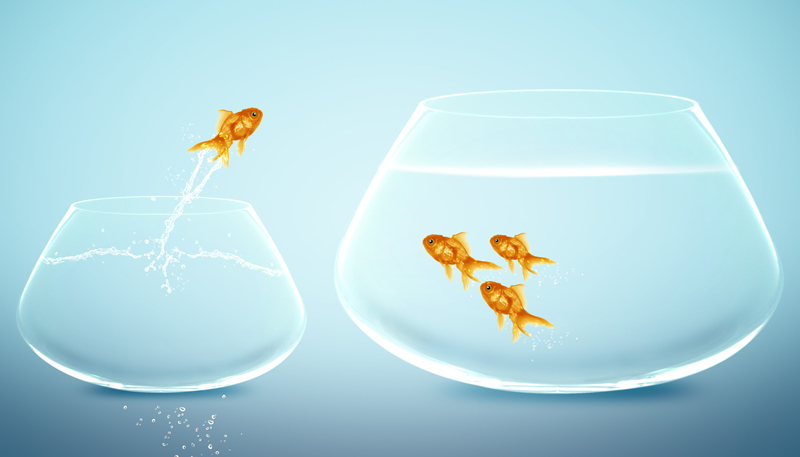 In That Leaders Might Last, chapter ten, there is a chapter titled ‘A Courageous Love’. In it I wrote of the confrontational nature of Jesus, fearlessly causing trouble in a great many places – all in reflection of how timid we are, of how far we fall short of ministering with the confidence and authority He ministered with, but also of how confident we could progressively become were we to continue to pursue genuine Christ-likeness!

Courage to face and overcome risks can be a hard thing to find. However, a few things help us find courage (initially here summarising three points from that chapter).

Love is an ultimate motivator of courage. If we care for others we will find the strength to face and overcome fears when it is for their necessary benefit. Consider a parent willingly risking life and limb by jumping in front of a car to save a wandering child.

Consider where Jesus may have found the courage to challenge the religious authorities of His day; authorities who had power to harm and kill Him. I believe His perspective of things was a significant factor. Jesus was the clearest thinking person to ever live in this planet.

For example, seeing how the pride, legalisms and corruptions of the religious establishment were blocking people from coming to faith, and that these were likely the worst sins on the planet at that time, gave Jesus motive and courage to use a whip, violently and forcefully driving people out of the Temple area who were there both because of man-made rules, as well as for financial gain. This one act alone (which He did twice) could have had Him killed by them! Jesus had an outstanding clarity of thought on such things, and thus the great courage to confront these trades people. Their activities were likely the worst sins on the planet at the time, blocking a great many (including all Gentiles) from access to the Temple. Consider the perspective involved in choosing to pick this battle over and above another (for example, slavery). Perspective (of those God loved who were being blocked out) is why He risked life and limb, turn violent with a whip in the most sacred of all places to His people.

Thirdly, knowing we are loved by God gives courage. For example, if you feel everyone in a work place hates you, but know the boss really likes and believes in you, you will likely find the courage to do your work, and to do it well. If you knew a promotion was coming to another station, it would be made even more bearable.

In knowing God’s unconditional love (and the eternal hope that brings) there is nothing we need truly fear. A promotion is coming! Jesus stood alone against, or amongst, everyone (for even His disciples were fickle and failing), but knew security in His Heavenly Fathers love.

4. But we are only human. And this is the problem.

Our faith falls short. We forget God’s great love. Our perspectives become fixated on shorter term things (like our sufferings) rather than longer term ones (like God’s promises of eternal rewards). And even our love for others can be lost amongst overwhelming fears, causing us to act contrary to the way we would desire to and hope we would when faced with difficult circumstances (for example a parent who fails to jump in front of a car to save their child).

Which leads me to my point – we really do need other people around us to encourage us.

As is illustrated in Romans 12, we believers are like a body – we are all different parts, and are made to be together. We really do need other each other if we are to accomplish what God has called us each to accomplish.

For me, the visions I am currently pursuing are a little large. I am not boasting that I am going to accomplish them either – only that I feel both released and called to at least try them in this season. In past months I have talked to many people – including many Christians in various Churches across NZ. It has become noticeable to me how with some people I need to ‘mask’ what I’m doing, as I feel they would consider me either a fool or arrogant for thinking of doing such ‘large’ things. ‘What makes him think I am greater than them, or than someone else… to be attempting such things‘ ‘Who is this guy, anyway?’ (Note again, I don’t think myself greater than anyone, nor even capable of what I’m attempting. Only God can do it, and only time will tell if He will in this case). Whatever the reason, what I note is that around some believers I have found no freedom in talking. They react negatively to the hearing of a vision that is outside of some predetermined box (and so, in many cases, I say little about it in the first place).

BUT with others, I’ve been able to share freely. This has intrigued me. A rare few have even rejoiced with near the same excitement I have at the visions – believing they are both necessary and also possible with God. And that, for me, is the point (for me!). I have realised I really need those people, because I’m only human. I think these visions are a bit large too – but I think they are necessary, and believe they are possible with God. I NEED company with others who can think the same.

We are all weak. We are all prone to discouragement, or to feeling alone in a thing. We are all prone to moments of self doubt. But the faith promoted in the Bible is a ‘foolish’ faith (1 Corinthians 2), believing in the impossible, not fitting the ways and respectabilities of this world, believing in the unlikely, and even believing for what others may consider presumptions or arrogant to pursue after (such as Jesus thinking He could be the King of the Jews and Saviour of the world, or Reinhard Bonnke ever believing God could use Him to reach millions across Africa, or William Carey believing God could use him to reach the ‘heathen’ in ‘wicked and idolatrous’ lands).

What was it that drew David and Jonathan together as friends, as in the Bible? I think it was their ‘out of the box’ view of the world – their faith in a God who works wondrous things. Beyond the rhetoric, they both believed the reality of God and all He could do. David fought Goliath when all else were afraid, and Jonathan singlehandedly (with his armour bearer) attacked the Philistines on a ridge when all else were afraid. In both cases it was no special day – they just believed, beyond the rhetoric, in a God who works. They were kindred spirits.

Those outside of our churches deserve a chance to hear the Christian message, and we must try everything toward that end. But we might look like fools doing so – and fools amongst Christians also.

If this is the case, I suggest we do well to go find some other similarly ‘foolish’ friends.

Only a kindred spirit will encourage us to fight a Philistine when everyone else is running scared.

In the words of both David and Jonathan,

DAVE MANN. Dave is an Author and gifted communicator with a passion for the Gospel. This passion started when he came to faith at age 11. After Secondary School he went straight to Bible College, followed by 7 years in outreach ministry in New Zealand, then nearly 9 as a pastor in Singapore, before returning to New Zealand at the end of 2011. Dave is a visionary and fearless about pioneering initiatives aimed at helping the Church in New Zealand in the area of its mission. Author of various books and Tracts including “Because we care”, “That Leaders might last” and available free on this site: “The what and how of Youth and Young Adult ministry”.
Previous Article
Next Article