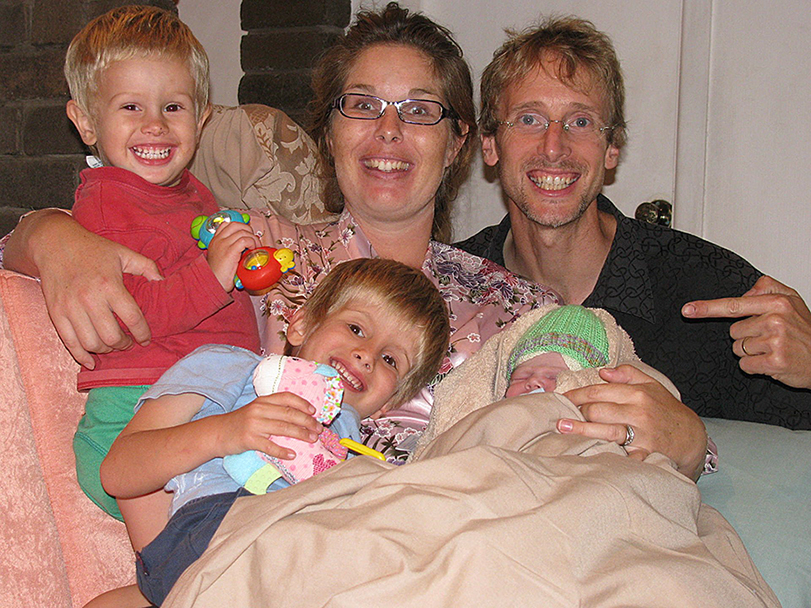 After many months of thought, preparation and transitions, we are finally at our ‘destination’.

Today is my first day at ‘work’. I have a single thought: “Lord, favour me!”

Our nation is increasingly post-Christian, even though we are so ‘Christian’ in our heritage. The Christian message of hope needs communicating, so that each one can make their own informed decision. I believe sharing the gospel/Christian message with all in this country is possible – ‘proclamation evangelism’ (wide-reaching communication can have its day again, but maybe using new media and a few new methods along the way. And the ideas I have, while very simple, I believe can work.

Please pray for me. Pray for this work. I am but a man who is convinced by what he has seen, read and experienced of God – a God who has gone beyond expectation to both reveal Himself to humanity and to pave the way for us to be restored to His original, and amazing, plan for this Creation.

It is said (by Reinhard Bonnke) that ‘a man with an experience is never at the mercy of a man with an argument’ (said in the context of discussing the realities of God’s Spirit’s work on earth). I admit that my journey in faith really began as a result of an experience (or five or twenty of them…). I sought a God I could not see because I was told He was real. But I came to experience His living Spirit. I was literally changed from the inside out by this supernatural work. My faith journey thus started from an experience – for I was early teens, and not yet able to reason it (and I feel great gratitude to God that I ‘stumbled’ over His truth so early in life – for it speaks nothing of my worthiness of such blessings, but only of His graciousness to me).

But reason was added through theological studies, through consideration, and through reading. I have, over time, allowed myself to read more materials that I would fundamentally disagree with, and plan to do so significantly more in this present year. But where some find their faith undermined and riddled with doubts as a result of such secular or skeptical (liberal) reasonings, I find myself initially disturbed (I must be honest), but then as I reflect, warmed. The Bible IS reliable. The arguments against it are old – and new books are just re-hashes of old arguments for which valid responses can be found in old books, let alone new ones. The evidences – I believe, fall more logically in favour of the Christian belief, again and again. And beyond this there are multiple evidences that concur together – so a seeming ‘loss‘ in one arena (eg when submerged in a skeptics book on the reliability) must be viewed from the bigger perspective of reality, truth and experience (eg the undeniable miracle of hundreds of fulfilled prophecies, textual evidence, archaeological evidence, miracles in answer to prayer, and personal experience of God and prayer that has validated the Scriptural claims to each one).

What has disturbed me my whole adult life is that the sceptical theologians have had the louder voice in the public arena. Their message is certainly more acceptable to todays culture (denying the truth claims of Christianity), and this is a key reason. But their books are also sensational, seemingly undermining a 2000 year old religion, and resultantly sell millions of copies. While the average ‘joe’ knows few real facts, they think – just considering this one topic of the Bible’s reliability – that the book can’t be trusted and has been changed over time. They recall hearing something at some time about a whole lot of men arguing, and that the books came together as the result of debates and power struggles… …and so they don’t really see any reason to give the message of the Bible much time or thought.

This is tragic – for the New Testament, for example, is THE most reliable ancient document in existence on our planet today. If we question its reliability we call into question every piece of ancient literature and history in existence. Where this leads is to the realisation that the attack on Christianity of the last 200 years has NOT come from a neutral motive. There have been cultural and belief changes in the west, and a resulting desire to remove the inconvenience of the Christian claim of Truth. But this claim is not easily removed – IF one is willing to read both sides of the story. God’s side is being under-presented!

Here is a problem for the Christian Church: Science now speaks arguably more strongly in our favour, as do the predominant voices in philosophy, but we have a weak public voice. We don’t know how to be heard – because those of a secular religious belief seem to do well at shutting down any who dare to speak up. Some might argue that God can do this, and we should just pray – but we are not without intelligence. Is it possible He could favour us to be change agents in our times?

Now, for where I’m going with all this: My hope is not to actually argue any of these points in great depth – but to put simple, valid logic and reason on paper, and to see just how many people we can get to read or consider it. You see, it is not great arguments that change cultures – but simple ideas. For example, Darwin’s simple idea that everything might have happened through natural causes alone (with no God) radically changed our culture. It was a weakly established idea (with many of the examples he gave now being rejected) – but it caught on, and has had a frenzied following ever since. At times it looked the more likely possibility, but today it certainly does not. Evolutionist philosophers are clutching at straws to provide possible theories for how the complexities that are being discovered could have still come about as the result of random chance, and are proposing preposterous theories for which no real backing can be given of multiple universes, or arguing the possibility of an ever expanding and contracting universe even when the only real evidence we have speaks to the contrary. Naturalism was just an idea – and, if you observe, even with an ever increasingly weak basis for the belief, it continues. Circles of sceptical and athiestic philosophers keep circling the same rhetoric. So the debate is not about big arguments, or right conclusions, or debates in the many small details – its about the overarching simple ideas. To raise reasonable doubt can be as effective as to win an argument. Could we learn to take the ‘small wins’? Could this help our ‘cause’? The Christian’s argument is stronger, and even where we seem to be beaten if is often circular arguments that are doing the beating, if we can see it.

Anyway – what is possible? Could we have a voice that could raise reasonable doubt again in favour of the Christian message? Could we also see the Christian Church in NZ committing again to equipping their individual members with the perspectives, knowledge and skills needed to be witnesses in the world, rather than merely focussing on ‘community outreach’? Isn’t the front line of Christian witness having every believer equipped and ready to share Christ in every way, every day? This focus seems to have been lost – could it be restored? The hope and charity and selfless good works that Christian faith produces in a society are incomparable.

I think this could be achieved. It will take a miracle – but I think so!