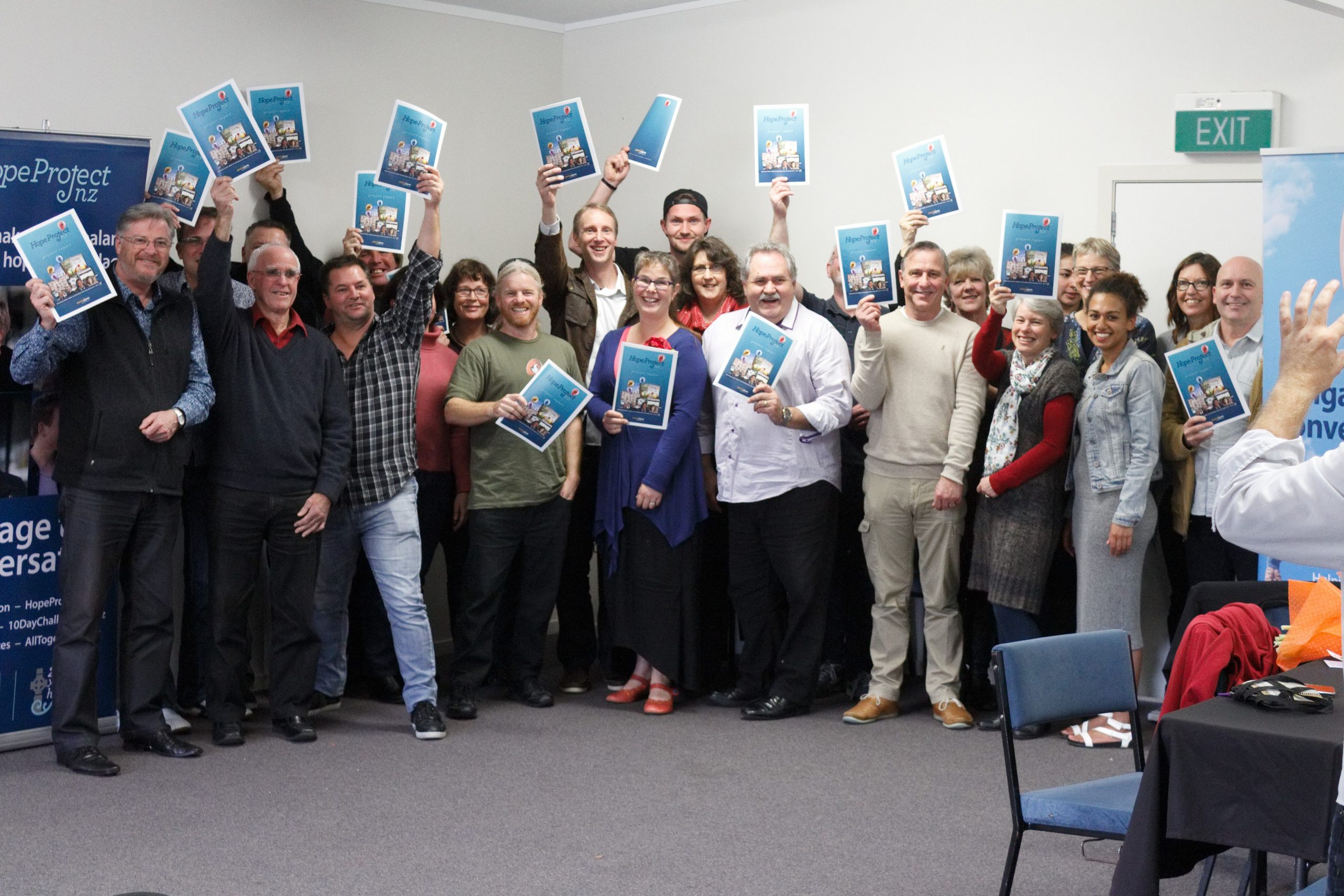 An effort spanning more than five years is now over. The Christian message was taken to a nation through secular media – while a message on the importance of engaging in non-threatening two-way spiritual conversations in every-day life was taken to churches throughout the nation. What happened as a result?

In addition to the above, we received thousands of emails. It is clear that many thousands of sceptics have become seekers, many seekers believers, and many believers disciples and ambassadors of Christ. No-doubt, stories will be discovered for years to come.

In conclusion, could it be that the new hope within churches is the most significant outcome? This is the belief of the team, who are committing the next five years (under the ‘AllTogether.co.nz’ banner) to serving local churches and ministers’ groups, with a view to helping the habits that many church leaders and members began to continue. A similar strategic approach is being used as was for the Hope Project from 2012 onwards (see the five year plan at AllTogether.co.nz). Through this, their belief is that the ‘gospel temperature’ could continue to increase, with continuing measurable outcomes in cities and towns from Kaitaia to Invercargill.

More is possible than we can imagine. May we serve God well in the mission He gave us.