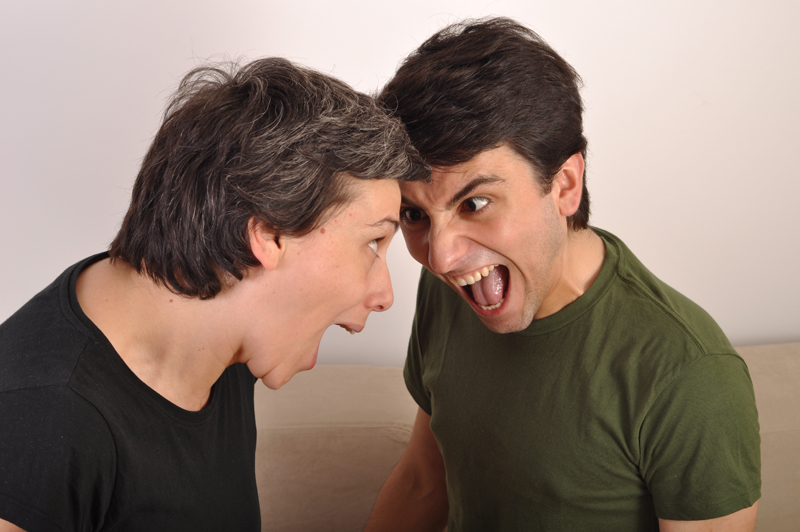 “By this will all men know you are my disciples – your love for one another.”

Christians are supposed to be different to those around them. They are supposed to be even more loving and selfless. In fact, the very word ‘Christian’ came from the early description of Jesus’ followers – it simply meant ‘Christ-like’.

But, while the early believers really were different to those around them, the failure of many modern Christians to be like Christ has caused much offense. As a result, some have become somewhat resistant to Christianity. Indian apologist Ravi Zacharias goes as far as suggesting that part of the attraction of Eastern faiths in the West is a huge disenchantment with leadership in the Christian Church.[i] One of the greatest problems for Christianity is the profile created by ‘Christians’ who have failed to be like Christ!

Is the bitterness toward Christianity fair?

In all fairness, it’s not that followers of any other religion behave any better. Maybe it’s that we expected more of a person who claims to follow Jesus, because he was the greatest of all ethical teachers.

What Jesus said about it

Jesus told a story of wheat sown in a field by a farmer. However, an enemy then sowed weeds throughout the same field. The conclusion was that the weeds would not be pulled out until the harvest time because if they were pulled out immediately they would have uprooted the good plants also, thus ruining the crop.[ii]

In the same way in the Christian Church there are genuine believers and ‘phony’ believers. A person who is bitter at a ‘hypocritical Christian’ is probably right in their assessment – because no Christian is perfect (just as no non-Christian is).

The lesson was that God was not going to ‘clear out the weeds’ until the end of this period of history. In other words, a patient perspective is needed with regard to the many imperfections of our world – including the Christian Church. The good news is that they are going to be sorted out. The necessary perspective is that its just not yet.

What Christianity is to different people:

To some Christianity is just a tradition they follow – they don’t necessarily apply the teachings.

To some their involvement is for personal gain – such as the story of a business man who went to Churches to meet people to make sales to.

In some ‘strands of what I’d call ‘so-called Christianity,’ human traditions in the Church have been given equal authority to the Bible, and human leaders of the Church given authority to create these human traditions (that are considered to have the authority of God. Such beliefs have allowed the Christianity t be badly distorted, and quite unlike the teaching and example of Jesus. If we look, we will find that the evils done in the name of Christianity happened when people rejected Christian belief in favour of their own ways (the crusades, the inquisitions, the slave trade). There is no question that their actions were not Christian. Its just made confusing because they claim to be Christians.

to Christian belief. If we look at the evils of other religions (which are as bad, and sometimes

RELIGIONS CORE BELIEFS – RATHER THAN BEING CONTRADICTORY TO THEM.

As we begin to see these things we realise that Christianity is the best of religion – and also far better,

as we shall soon see, than no religion!

The final group is those to whom biblical Christianity is their belief – as defined by what Jesus said, rather than by teachings added by humans that often contradict Biblical teaching. There are hundreds of millions of Christians upon this planet who are genuinely trying to live selflessly in the way Jesus taught us to. Christianity has – in truth – brought more good to this planet than any other thing or group or belief – this being a fact that most historians willingly admit.

The good news is that we are not called to follow popes or priests or pastors. They have their place in pointing us to Christ – but that is their role, not to replace Christ!

What Jesus said of the hypocrites

Of note, Jesus condemned no group more harshly than the hypocritical religious leaders of His day.[iii] He spoke of their long-term judgement. Justice would prevail – just not yet!

Jesus taught that our place is to forgive those who have wronged us.[iv] This isn’t to justify their wrong actions. Instead it is to trust God, that He will take care of justice. Jesus said that our forgiving of others was key to our own forgiveness, because we have all done wrong at some point. He doesn’t want us to live with grudges!

…and – to set us the example – as they crucified him, he called out, “Forgive them, for they don’t know what they are doing.” He has the authority to tell us to forgive those who have hurt us!

What is the alternative?

The following quotes are taken from a paper on secularism (an alternative to Christian faith) put together by Glyn Carpenter of New Zealand Christian Network.

The opposite to bad religion is not no religion. It is good religion.

The truth is that, despite the failure of some religious people, we are worse off without Christian faith!

“As we reflect on the sobering lessons of atheist extremism of the 20th century, let us never forget how the exclusion of God, religion and virtue from public life leads ultimately to a truncated [cut off] version of man and society.” [v]

“The irony is that this secular utopianism [the ideal of heaven created on earth] is based on a belief in an unstoppable human ability to make a better world, while at the same time it believes that we have the right to kill unborn children and surplus old people, and to play games with the humanity of those inbetween.”[vi]

How does no religion (secularism) benefit us as an alternative to a religion?

In just the past 100 years atheism applied in life (secularism) has led to more suffering on earth than all the worlds religions put together over the past 2000 years. Bishop N.T. Wright put it this way in an interview, “Religion has killed its thousands and secularisation its tens of thousands.” [vii]

And, while many secularists are prolific critics of Christianity, they are ironically creating the very same intolerance they are accusing Christians of, seeking to exclude Christian practices and Christian faith from public life – and even from the family life of Christians, if they could have their way. The irony is that this is especially the case in ‘Christian’ nations even though the loss of faith and traditional morality is clearly linked through hundreds of studies to the breakdown of the society in terms of increased truancy, broken families, child abuse, violence, drug dependency, alcoholism, crime, etc.

Secularism is a religions movement like any other – but ironically claims reason as its foundation, whilst flying in the face of evidences for human well being, and criticising worldviews that are known to give people more hope, and to make them better people, than secularism ever will (because of the values that naturally come from the rejection of the idea of God and good and objective morality, etc. – even when we don’t understand what these words mean).

“Secularists, such as Richard Dawkins, who try to rubbish religion are encouraging intolerance.” [viii]

“This aggressive brand of secularism is tying to undermine the cultural traditions of this country by using flawed arguments about ‘multi-faith, multi-culturalism’ whilst at the same time trying to negate faith groups all together. The aggressive secularists pervert and abuse any notion of diversity for the sake of promoting a narrow agenda.” [ix]

Be bitter if you like – but it makes no sense. No one is disagreeing that there are ‘fake’ Christians – not even Jesus.

Additionally, Christianity – if we are fair and reasonable – is among the best of religions, if not the best. The rejection of religion is proven in the short space of the last hundred years to leave us worse off. Pretty much any religion leave us better off – because beliefs to lead to behaviour, so inevitable, on a law of averages…

Also, the explanation of evil and its solution by Jesus does add up – as much as we all hate the presence of evil – including hypocracy and the abuse of power. But evil isn’t just a Christian problem – its a problem for every one alive! The great thing about Christianity is that justice is promised for abuses of power, and we are instructed as to how we should live – following Jesus, the best of all examples!

The opposite to bad religion is not no religion. It is good religion.

If we are wise, I suggest that this should be our pursuit.

Yes – the Church is imperfect, but let’s leave all that up to God! He will deal with that!

At the same time the Church is the largest welfare organisation on the planet, and Christians the most giving and serving of all religious groups (maybe I can write about this another time). There is a lot we could look at to feel encouraged if we chose to!

So, lets leave the bad to God, and focus on the good.

And let’s live in the way we know we should – selflessly, humbly and full of faith – like Jesus!

Jesus is the path to salvation not only for us individually if we believe, but for humanity on planet earth!

[iii] See Matthew 23 as an example. The entire chapter is made up of what Jesus said directly to the religious leaders of that day about their hypocracy.