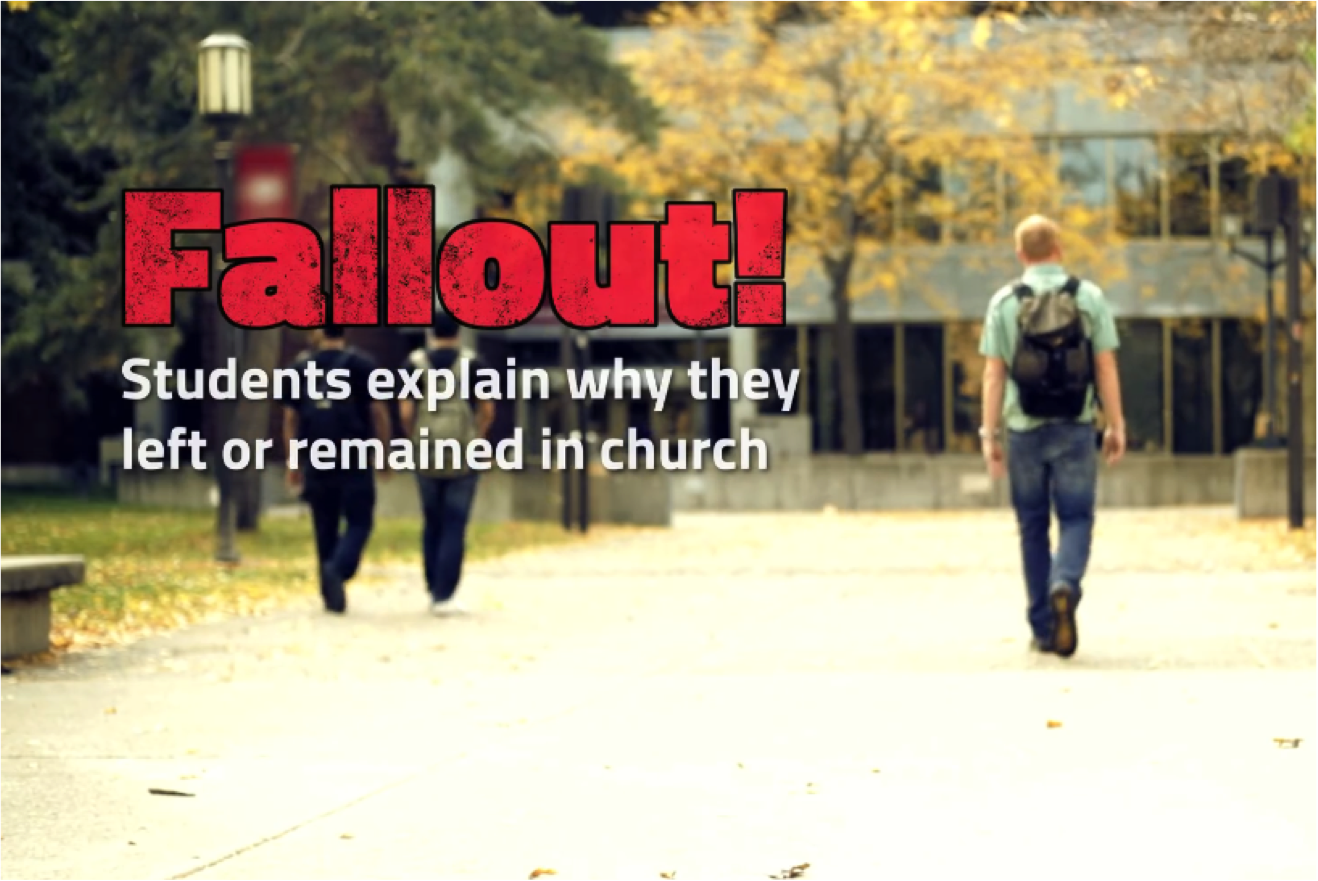 14 Jun, 2017 Many young adults continue to abandon Christian faith – an obvious part of the solution

There are many ideas proposed in answer to the question of why so many young adults walk away from the Christian faith – however not all explanations are equal!

A recent video by Creation Ministries demonstrated a powerful and important persepective. In a series of short interviews tertiary students were asked to explain (1) whether or not they currently believed in creation or evolution as the best explanation for life, (2) whether they had had any church upbringing, (3) whether they had ever heard reasons for believing in the biblical account of creation, and (4) whether or not they still attended church, if they previously had. The correlations were exactly as one would logically expect, and the point is powerful!

Intentional evolutionising of the young – did you know?

For a quick reflection I give 4 quotes from an article from Creation.com titled ‘Evolutionizing the Young’ – found here.

A report by Dartmouth Medical School (USA) concluded that “Human beings are biologically primed to seek moral and spiritual meaning” and children’s “capacity and desire for spiritual experience are, to some degree, hard-wired.”

Dr Justin Barrett suggests that even those who grew up alone on a desert island would come to believe in God.

Psychologist Dr Olivera Petrovich noted that Japanese children spontaneously attribute the natural world to the work of a creator God, even when this is contrary to the beliefs of their parents and teachers.

Then, near the conclusion of the article, they write…

Gjersoe believes that the solution to the ‘problem’ of children naturally believing in a Creator is to teach evolutionary concepts at an earlier age. Until recently, evolution was not taught in UK schools until around year 9 (age 13–14); however, following lobbying by the British Humanist Association, it is now covered in year 6 (age 10–11)… …Hence, they conclude that it might be appropriate to begin ‘corrective education’ as early as year 1 (around age 5). For some time, this is exactly what Richard Dawkins has been pushing for.

Here in New Zealand, this is already happening

For example, one of our primary education curriculums, produced by the Hamilton Zoo for 5 and 6 year old students, directly teaches evolutionary ideas and terminologies.

An invisible ‘sickness’ in many youth’s faiths:

I stand convinced that youth in churches can participate in worship, read their bibles, appear to experience the Holy Spirit in their lives, profess faith and attend youth groups – all while suspecting that all religious are essentially the same, and thus doubting foundational truths that underpin the Gospel. And that they can then walk away from the faith – viewing their earlier experiences as no different to the ‘spiritual experiences’ of any other religion.

The need for proactivity:

Thousands of hours of ‘secular’ education via TV, media and schooling have power when contrasted with a short-few hours spent in a church, Sunday School or youth ministry. If we are not arming children and youth with rational arguments in these times, we’re letting the hole be dug! Yes – some areas that are considered ‘evolutionary teaching’ are agreed upon by us all, like the amazing adaptive powers of species. However, adaption has long been known to be within a species type, and valid questions and concerns exist, for example regarding the exaggerated beliefs of the ‘faithful’ in the powers of mutation (a non-creative process) to explain biodiversity. (There is a conversation to be had here if we are to grow young people who know how to think and question things in an even-minded and rational way).

The need for provision by parents and churches of an intentional voice from young:

And if we think these are issues to discuss only with teenagers who seem ready to engage in ‘scientific conversations (like 15 years olds) – we’re very mistaken! Studies show that most young people have established the worldview they will hold for life well before age 14.  If these things are being taught to children, these are conversations to engage with children!

Father, I pray that the NZ Church will awaken to this vital area of teaching, and that ministries like ‘Thinking Matters’ will be honoured and treasured for the world-class resources and service they are providing the NZ Church with. For the sake of all who have no opportunity to hear any philosophical arguments other than the currently popular ones in our nation we ask this. Amen.