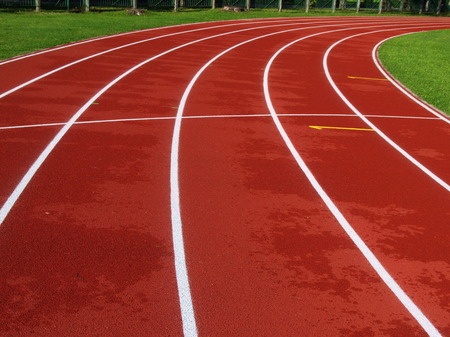 The need for a sense of urgency in the spreading of the Christian message is another foundational value we want in this ministry. Before discussing it, it’s no new revelation. Firstly, we never know when people will pass away. We all have people we’ve prayed for years for but not actually shared with. Given what at stake, if we believe what we claim to believe as the Christian Church – its kinda urgent that we turn some of those prayers to their needed actions steps (although maybe scary…). But also, if you’ve ever read Revelation, or Matthew 24, or Luke 17 or 21, etc… you will be aware that we might well be in what is commonly called the ‘end times’. If this turns out to be true then we may not even have the rest of our lives to share with people, as Christ may return sooner. The need to share Christ may never have been as urgent as it is today – were we to see things from God’s perspective.

Now to the reflection…

Today I read a report by someone proposing Christ might return this week, and spoke ungracefully of any (like me) who might dare to question his interpretation. Many of those who study the Bible look at such things with humour, knowing the Bible tells us not to set dates like this . However, the Bible does also teach that Christians should know the times they are in . The Bible has countless prophecies regarding the end times, and any person who both reads the Bible and newspaper will be aware that a great many of these are being quite miraculously fulfilled in our times. How are we supposed to respond? I have a thought on this.

What strikes me as I read this article (the idea being that 2017 – 2018 is a Jewish year of Jubilee – synonymous with the releasing of slaves / those with debts, etc. Many propose Jesus might return in a Jubilee year because of the strong thematic link. 1967-7 was the previous one – when Israel got Jerusalem back via the 7 day war. And 1917-8 was the previous one before that, when the ‘Balfour Declaration’ [if I remember correctly] gave the Jews rights to return to their homeland from around the globe… There are a few remarkable things that happened in Jubilee years – this has feds speculation for some on future possibilities in Jubilee years. Thus, counting 7 years back from the next Jubilee year [7 years coming from Daniels prophecy], they arrive at the possibility of the 7 year ‘tribulation’ starting in the next few weeks. Note I am in no way proposing this is true!) is that, one day, one of these crazy articles is going to have it right. Its amuzing really! There is a lesson that I think takes some humility to accept: Its not entirely right to be skeptics of these things. True – being a skeptic may not be as foolish as setting such dates ;-), it is still foolish, because God gave us His Word for a reason! There is a reason for the prophecies, and we need the humility and maturity (balance, restraint, but also wisdom…) to seek it out! I reckon too many people ignore Biblical prophecy because of these ‘crazy ones’ who take it to excess, predicting dates. 20 years ago especially, many people went over the top (1988 was 40 years from the re-establishment of Israel as a nation – many interpreted ‘learn this lesson from the fig tree… …this generation will not pass away until…’ to indicate that Christ would return a generation [40 years] from the rebirth of Israel [illustrated by a fig tree] There was great excitement, and many speculations…), This caused the pendulum to swing somewhat, causing the next generation of Christians around the globe to be more skeptical of Biblical prophecy. But it remains that, one day, if the Bible is indeed true (as many of us believe it to be), Christ will return! One day God is going to intervene – bringing a judgment on earth (known as the ‘tribulation’, before establishing His kingdom on earth for a season (known of as the millennial Kingdom). So, the first point is, Christians SHOULD know whether we are (or are not) in Biblical end times through their careful study of the Scriptures (not through ‘proof-texting’, or being too quickly convinced by ‘fads’, but by genuine careful study – reserving final decision on viewpoints until the matter has been properly investigated…). Restraint is needed – while carefully considering what the Bible says. This is an important foundation before the next questions – Why do the end times prophecies exist?