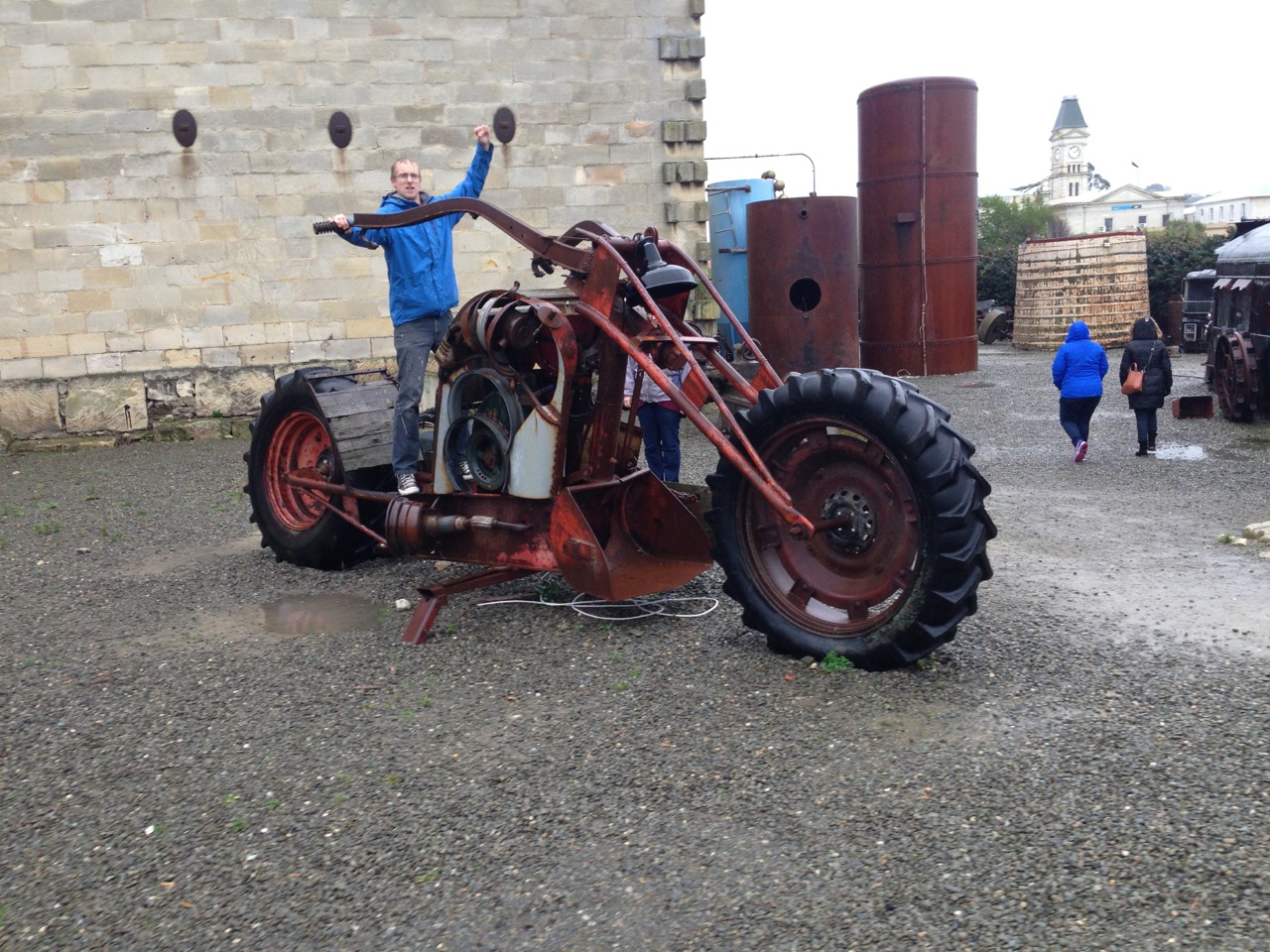 We had the privilege recently of traveling to meet with pastors’ groups in many cities and towns throughout the length of New Zealand – and we heard some amazing stories. Some churches are innovating in outreach in amazing ways – while in other places there are stories of loss. Are we guilty of being asleep at the wheel?

We visited a community where the churches felt unable to run the community’s Carol service one year. It has been used as a fundraising event by another group ever-since, and Christmas carols with Christian lyrics have been noticeably absent. Pastors’ in one town told us how they were no longer allowed to be involved in their city’s Christmas parade, while pastors in another place told us how they were no longer involved in their Christmas parade because no one has a vision for a float. We visited towns in the deep south in which every school still had Bible in Schools in a classroom – while in other cities they didn’t have this remaining in a single school in the inner city region. Consider the story of a community in which a pastor wisely asked school Principal if there was anything the local churches could do to help the school. The Principal asked for 17 Bible in Schools teachers. We thank God! However, those churches were then unable to find those teachers – and the opportunity was lost. From the many stories we have heard (and are still hearing) it seems to me that we have many churches doing good things, but also some very-costly blind-spots. It is easy for good things to fill our time, while important things are overlooked.

If we jump across the ditch for a moment, the Queensland Education Department can now warn schools against letting students praise Jesus in playgrounds. Students may not hand out Christmas cards or decorations to friends – and certainly are not to state their belief that knowing Jesus is important. Recently two Christian preachers were summoned to Tasmania’s Anti-Discrimination Tribunal for preaching about their faith’s stand on traditional **  Our society is changing – but we are not powerless in these situations!

We live in a nation that has a decidedly Christian heritage, and this gives us ground to stand upon! But we are losing that ground! If we don’t learn how to stand on it, and to prioritise standing on it, it will continue to be taken away. A few thousand LGBT activists can turn national public opinion, while 350,000 or more evangelical Christians cannot. What’s with that? While our churches are doing many good things, could it be that we are too focused on our own churches, and not enough on the ‘public space’ that sits between them?

The right to speak

Easter is one of the most special times in the Christian calendar, and about 45% of NZers still affiliate with the Christian faith. Yet the mention of Jesus through public media now hardly exists. Why do we tolerate that? Contrast this with the rise of ANZAC in our nation. The war movies started the moment Easter ended – while at Easter we didn’t even see a single ‘token’ movie on the themes of forgiveness and grace. Make no mistake about it, the difference between the two is not in the random choices of New Zealanders. It’s in the marketing. The majority always follow the viewpoint of a convinced minority. Secular-thinking leaders are intentionally re-shaping the way we think through media and education. Yet, are we powerless in this situation? Not at all! It was through Christianity that the values of the freedom of speech and religion were established in our society, and we can use and defend these values! Our Christian faith also gifted to our culture the equality of the races and sexes, education for all, healthcare for all, our ideas of charity, our justice system, our accounting systems, the right to privately owned land – and much more. ANZAC is a great time for commemoration – but so are Easter and Christmas. But no one else is going to say all this for us. Society continues to change. Might it be time to act?

This is why we believe some specific coordinated efforts are now needed to help to ‘preserve’ a certain valid Christian presence in the public square. One of these is a proposal to run the Hope Project annually at Easter. This multi-media effort would put Christian TV ads on the public channels at Easter, with booklets going to 1.4m homes, all integrated with a range of online strategies. This could retain a Christian presence in the public sphere annually at that time; it would also communicate powerful stories about our nation’s Christian past, including the message of hope through Jesus that is still changing lives in New Zealand today. The content would strategically focus on telling stories that would re-educate our nation on who we are historically.

Do we have the will to overcome the hurdles?

The challenge is that, to run a few things like this annually, it would take a different type of thinking. We’d need to believe that maintaining a Christian presence in the public square was important. We’d also need to be prepared as Christians to engage in the everyday conversations that these efforts could spark.

As a simple example of the financial challenge, consider a church that a friend of mine leads within. Their 150 attending members are raising approximately $5m to preserve their historic church. These kinds of efforts are needed – and I’ve been involved in a building project that cost three times that amount, so I’m not judging. We need buildings. My point is that one single congregation is sometimes capable of these things – and yet such funds for national gospel efforts are rarely available. To consider it, what might the same amount achieve for the gospel nationally if we utilised lessons learnt from the first 3 Hope Project efforts? At a cost of $600,000 per year that $5m could see the gospel going to 85% of NZ homes through a national Hope Project effort at Easter time for an amazing eight and a half years in a row – including television and various web-media, with 200,000 spare booklets available for free for churches annually in additional. And we aren’t the only ministry with initiatives like this. Alpha NZ is highly reputable, and sought to raise $100,000 to utilise the Bear Grylls ‘branding’ this year – yet were only able to raise just under of half that amount. There is no question that there are many opportunities for the gospel in our nation. Opportunity is not lacking. A deep-rooted desire to find and utilise that opportunity is!

What are the hurdles that stand between us, and a better public representation of Christianity within our nation? I believe there is firstly a leadership and unity issue that is quite complex. On the one hand we are struggling with the independent nature of the flesh, expressed in leadership. It is only human nature to want to ‘do what is right in our own eyes’ (Judges 17:6). On the other hand unity must be in truth, which makes gospel efforts out of many combined church groups difficult to achieve even when there is sincere desire for them. Secondly, I believe there is some deep-rooted discouragement in the New Zealand Church regarding outreach. A lot of our own work has been against the ‘tide’ of this. But, thirdly, I believe it is a case of the ‘tyranny of the urgent.’ ‘Urgent’ things demand our time – while important things do not get prioritised. But, whatever the challenges, it remains that an opportunity is in front of us, and we can individually decide what we are going to do.

As the Apostle Paul put it; “The hour has already come for you to wake up from your slumber, because our salvation is nearer now than when we first believed” (Romans 13:11). And, in the words of Jesus from John 9:4, “As long as it is day, we must do the works of him who sent me. Night is coming, when no one can work.” Times are changing, but we are not powerless. While there are challenges, there are also many good things happening – and there are opportunities that we have right now. Our nation needs to hear of Jesus. Let’s not be caught asleep at the wheel!