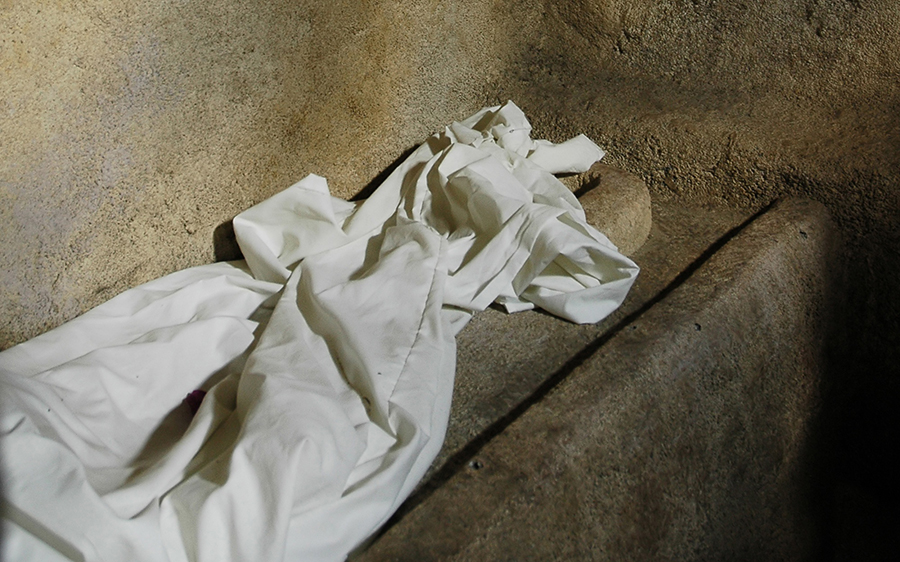 What one concludes is a matter of personal choice, but it is a hot debate because everything in Christianity hangs off Jesus’ resurrection. As the itself Bible says, “…if Christ has not been raised, our preaching is useless and so is your faith.” ( Corinthians 15:14).

In summary of the evidence:

[The reliability of the documents] The first evidence is that — contrary to popular opinion — the New Testament has been shown to be reliable in the fields of literary critics, through historical research and from archaeology. This is not a statement of bias, rather a statement of fact, readily supported by many non-Christians. (For more information please see the booklet, ‘The evidence you never heard’).

The basis for rejecting the resurrection (and Bible) is usually a disbelief in miracles. It is off those kinds of reasonings that sceptical scholars loudly assert the Bible is unreliable – but a study of the evidences without that bias will lead to a different conclusion. The rejection is thus not because of evidence, but because of personal belief. Fact: As far as the evidence goes, the Bible is reliable, and it does say that Jesus rose.

[Did Jesus die?] Could Jesus have merely fainted, and then been revived? To summarise where various such arguments would go, firstly, Roman soldiers were experts at death. They wouldn’t have made a mistake! Secondly, the details of his death include a spear being thrust into His side to ensure He was dead, bringing a flow of ‘blood and water.’ Modern medical knowledge can explain this. In simple terms His heart failed due to ‘over-heating’ (working overtime) because of a lack of blood in the system. It fits medically with what one would expect from Jesus whipping (which was designed to cause blood loss) and following crucifixion. Fact: From considering all available evidence, Jesus did die!

[Was the tomb empty?] The most obvious way to disprove the resurrection would have been to produce the body – but all available evidence we have, including what the non-believing Jewish said – confirms that the body was gone. The records include note that a unit of Roman soldiers were placed guarding Jesus’ tomb – yet the tomb still ended up being empty. Roman guards were at risk of losing their lives if they failed at their duty. It was the custom of the Roman military that if a prisoner ever escaped, the guard(s) in charge of guarding the prisoner would take the prisoner’s place. Matthew 28:11–15 records that the soldiers were given a bribe in exchange for saying the disciples had stolen the body during the night, and in exchange the religious leaders promised to try to win over the governor so as to keep them out of trouble. Jewish records simply say that the disciples stole the body. (It is not known what happened to the soldiers in the end). Fact: One way or the other – the body was gone!

[Are the witnesses credible?] Studies on the witnesses who saw Jesus alive again (like the disciples and other followers) show that they are reliable. The disciples were deeply religious – so the idea that they might have been dishonest does not stand. Jesus was also the world’s greatest moral teacher. To lie would have gone against all He had taught them in the previous 3 years. The disciples also had nothing to gain by lying about the resurrection – except their deaths (and they did die for it!). The growth of Christianity in the midst of intense persecution also goes against all logic – unless the believers were truly convinced Jesus was alive. Fact: Jesus’ followers had no doubt at all that He had risen. People don’t willingly die for lies!

Before a modern court:

This matter has been brought before modern courts of law and legal professionals a few times, and they have consistently concluded that the evidence says Jesus rose. Clarrie Briese is a former Chief Magistrate (judge) of N.S.W., Australia. He investigated the facts behind the resurrection claim from a legal perspective, applying his legal knowledge to the testimony of the Apostles, and the various arguments, to deduce what would stand up in a court of law. He concluded, “…one is left to say that the only rational conclusion is that the witnesses to the resurrection of Jesus Christ are witnesses of the highest credibility. If we are unable to accept their histories, why would we accept the histories of any other incident in the human race?”[i] Fact: The evidence says the witnesses are credible, with no indication or motive to deceive, and no evidence of mental illness.

What a person chooses to believe is up to them, but the evidence does point primarily in one direction. The story adds up. So it comes down to (a) whether one believes that miracles can happen, and (b) whether one wants to accept that this might have happened.