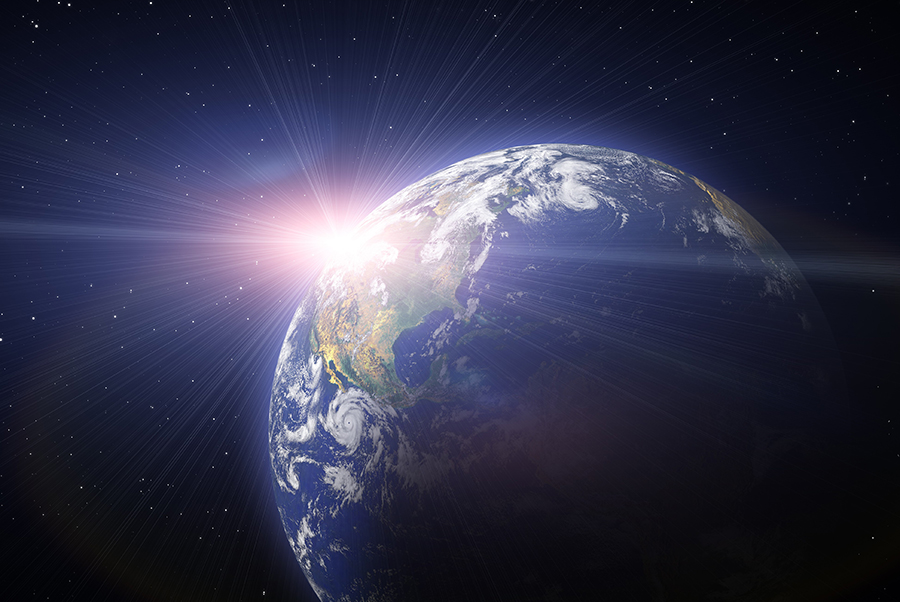 So, how old is the earth really? This is an issue of contention among Christian believers these days.

This morning I read an article by an older NZ believer, and thought it a good, humble (including not overstated) presentation of a young-earth view. I’m attaching it (with his permission) below as a pdf. For a brief bit of honesty from me regarding this topic…

My own view is still one of indecision on this matter. I struggle to see billions of years, as when studying both sides of the argument struggle to be convinced of the basis off which this is argued. In my view this claim is an argument from within a worldview, rather than from an objective or neutral position (noting our culture has become significantly influenced by the secular humanist worldview over the past hundred or so years, such that to even talk of any view other than the culturally accepted naturalistic-evolutionary one is effectively taboo in educational and scientific circles). The bias of our culture is inexcusable really, because it is blatant bias. The arguments against this view are arguably stronger (which doesn’t invalidate the argument, but if we were truly ‘scientific’ and ‘reasoned’ that would be reflected in a desire for truth, and to consider all the evidences with open minds – which is not the case in our present culture). Admittedly, for most people this bias is primarily from a place of ignorance now… simply because they have never been exposed to any other view, and have been prejudiced against hearing other views by the ‘prophets’ of the current dominant view. However that could change…

Having noted that I have not yet concluded on the age of the earth (I think not billions, and feel unsure in the balance of reason of hundreds of millions…), I certainly see no substantial evidence for the upward evolution of species (‘matter to microbes to microbiologists’ evolution) such that I’d give it any real consideration. I think we’re plain brainwashed in this area! My booklet ‘Evolution – what some scientists are afraid to tell you‘ outlines this view (available via the resourcing page from May 2012 onwards).

Having stated this, I note – with humility – that, from a faith perspective, I wouldn’t be surprised if we stand before God one day and He says, “By the way, would you like to see how I did it?” …and then shows us a literal 7 days creation – done for no reason other than to confound our human ‘wisdom’. I think He might do a few things like this just for amusement 😉

I will not introduce any evidence to this discussions – only Lindens pdf below – except for one amusing quote.

‘I myself am convinced that the theory of evolution, especially the extent to which it’s been applied, will be one of the great jokes in the history books of the future. Posterity will marvel that so very flimsy and dubious an hypothesis could be accepted with the incredible credulity that it has.’

With our potential foolishness having been noted, here is a pdf of Lindens thoughts.

May we all investigate what might be true, because these matters do have implications.