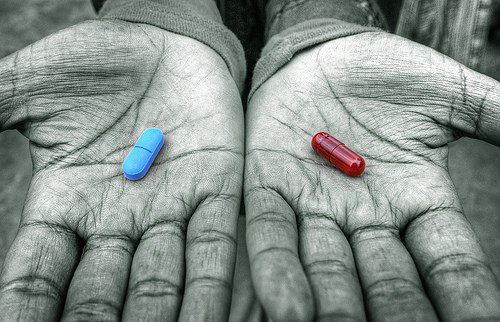 Noting the Great Commission of Matthew 28:19-20, our ‘come to us’ efforts (personal witness to friends, including invitations to them to come to our Christian events) cannot accomplish the task. Somehow we must ‘go’ to the people. It’s just as the Great Commission instructs. It is the ‘go’ approaches that we have become most weak in.

One challenge for our churches in this picture is the fact that we are now in a multi-religious cultures. The way we discuss religion needs to carry a greater level of respect for others than our words might have had a number of decades ago.

Within this picture, with an approach created that suits/suitably respects our culture, somehow the role of the ‘evangelist’ needs restoring.

How will we get there? What could precipitate this change? We could seek to rediscover our role as witnesses, with the kinds of perspectives and tool belt discussed in this mini-equipping video series in mind. Hopefully, as we are diligent in this, a new breed of culturally-attuned evangelists will arise to bring some leadership to our outreach efforts to the many who live not only beyond the walls of our churches, but beyond the friendship-circles of our members. However, we are talking about a significant change in our perspectives from the way we currently see things, so it will take time.

Negativity toward ‘street evangelism’ as an example of cultural distortion

Regarding street evangelism and door-to-door evangelism, some may consider these kinds of approaches to be generally outdated. It is because of this that they are used here to illustrate a point: Our scepticisms often result from negative experiences, and lead us to conclusions that do not always reflect reality! It’s just like how many of us incorrectly concluded that New Zealanders were closed to spiritual conversations, when really they were just disinterested in Christianity because of its truth claims. Many of us have incorrectly assumed evangelism on the street to be destructive rather than constructive because of the bad examples we have seen or heard about. But how can talking to people about Jesus be a bad thing? It’s not the message or method that doesn’t work – it’s the manner! The critical factor is how those who are trying to witness on the streets relate to people. It’s about their people skills. It’s about their ability to communicate well within our current culture (as compared to what our culture was like 50 years ago, which is what some people’s approaches come from imitating).

We thus see an example of how a good thing is being generally avoided because of scepticism from previous (and current) bad experiences.

Let’s consider the bigger picture. A generation or more ago there was a pioneer evangelistic spirit in our nation, with organisations such as OAC, YFC, SU, CCC and Youth Alive doing sterling work beyond the reaches of our structured-church programs. It is true that the same kinds of approaches even with a culturally modified manner won’t bring the same results today. However, we live in a different culture to 50 years ago, and that’s just how things are. That doesn’t mean the methods or platforms don’t work. It merely reflects what we already know – namely, that ‘results’ take more time than they use to! While the ‘manner’ in the various programs these organizations initiated needs to change, their efforts and programs are still needed. I fear we have lost sight of this. The Church in New Zealand has all-but abandoned the ‘go to them’ approaches to Christian witness. This is to our detriment. Our general witness to those who the members of our churches know might connect with 40% of the population at best. If we do not innovate ways by which we can ‘go’ to the people (Matthew 28), they are not going to come to us! While the ‘manner’ needs updating, the effort still needs to be made!

Along with the scepticism has come a spirit of independence. Because we felt that past efforts now don’t work, and have felt disappointment many times at the lack of results (possibly having then allowed that disappointment to become discouragement, which is a heart matter), we’ve lost hope that we might be able to become effective again, and some have also given up on trusting other people to bring leadership to outreach efforts, because they don’t believe there is anywhere profitable we could be led. Many a church has lost its capacity to risk. We’d rather ‘do our own thing’ because it’s safer. At least this way we can control what we invest in, because we’ve felt let down too many times. While we may indeed have felt let down many times following efforts that may not have appreciated the cultural changes that have taken place, such an attitude places us in danger of not seeing things that are good. We are closing our eyes to a world of possibilities, focusing only on what we can do ourselves, by ourselves. We have become handicapped! We have lost sight of all God could do.

I believe that this ‘Because we care’ series (the book and DVD set) is a beginning point. If we could affirm the values and manner behind an approach that does work in our culture, then we could get evangelistic preaching and teaching back on the radar of our pastors for some focus through the pulpit. Our members could all then gain confidence and skills through their pastors teachings and encouragements, and a general culture of contextualised personal evangelism could reemerge. If the Christian Church loses it central message of love and hope and salvation through Jesus, what has it got left to offer that is unique? New leaders with gifts in evangelistic things will emerge from within this paradigm. Maybe God will give them vision and faith to again go beyond the walls of our churches to connect the message of the Gospel with those whom God loves, and whom our church structures cannot reach.

…and we could all partner with them, because our renewed hope would have opened the way for us to give trust again (noting that trust always comes with a risk), because we’d not have defined more clearly why we do believe in the potential effect of one kind of effort as compared to another. We’d have a framework from which to assess the potential relevance of a particular effort.

Summary: In the West, people aren’t closed to discussions about spiritual things – they just don’t want to be preached at. As we rediscover the art of talking about spiritual things with people in our culture, we will find that there are many opportunities out there. If we will motivate and equip our church members through our pulpits the effect could become wide: At the end of it all we could find new hope together for our outreach efforts.

This is a significant beginning, because some will certainly arise from amongst this who have a special passion and ability in communicating the Gospel winsomely, and we will be better able to appreciate what they could offer and so will see the importance of supporting them in their efforts. It could be a new dawn for our outreach efforts – and its a dawn that is sorely needed.

There are a world of people out there who are beyond both the walls of our churches and friendship-circles of our members. They are spiritual people too. It is a world of opportunity if we can but see it!