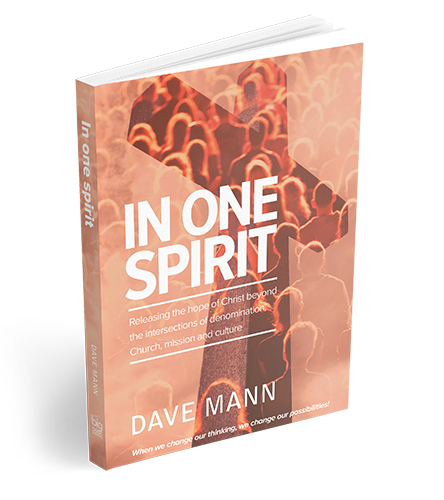 United we stand – divided we fall

(A reflection adapted from In One Spirit, by Dave Mann)

Early in the 2000s I believe New Zealand crossed a tipping point in its religious viewpoint. This reflection is a great motivator for me, as it highlights the nature of the strategies needed for public Christian witness in this next era of our nation’s history. Many recognises that the Christian Church needs a clearer voice. The question is how that might come about. The answer isn’t  the establishing of one ministry. I suggest it is instead a change in our thinking, which will enable us to all be that voice!

The change I see to have happened in the early 2000s is that we went from being a secular nation in which something of our Christian heritage was still valued, to being one in which a majority began to believe that we might be better off removing all remnants of our Christian past. This changed the landscape for our outreaching efforts as churches at the city and national levels.

Imagine a nation with 40 brands of cars, and one wealthy person decides to purchase all 40 companies or franchises. They would be the owner of considerable inefficiencies as a result including 40 competing head offices, distribution networks, and car yards and marketing budgets. However, for argument’s sake, let’s assume that the great variety of cars that results justifies these inefficiencies. I suggest this is a little like the Christian Church and its various denominations. While we sometimes function quite independently, we are all owned by God.

Let’s then imagine that a cultural change takes place in public transportation. The public begin to use electric scooters, bicycles and public trains and buses. The motor-vehicle industry drops from representing 80% of the market to only 40%. What would the owner of these 40 car companies do? There are many possibilities. However, I think one of the first would be to take the marketing budgets of the 40 companies and combine them. They could then promote one united message: “Motor-vehicles are awesome – and you need one!”

This kind of change is what I believe the New Zealand Church now needs to grapple with. The Christian Church has gone from being in a majority, to a minority. However, activated minorities can still be very effective! The key to it – however, as in this illustration, is our unity.

I am convinced that an improved situation is possible, and I believe i the journey begins with a very simple decision: We decide together that, from this day on, we will esteem our united function more– because I’m quite sure we’re currently under-esteeming and undervaluing our unity!

In a 2002 study in Australia by CLS[1] it was revealed that 6 out of 10 non-Church Australians were not aware of having any church-going friends. If we assume the approximate same statistics here in New Zealand this means that, even if every believer known to their friends as a church-goer were actively witnessing, 6 out of 10 people would still have no one seeking to connect the Christian message of hope with them.

However, most Christians are not proactive in their personal gospel witness, so let’s imagine 25% are. Statistically this would mean that Christian witness is connecting with 10% of the non-Church attending population.

Let’s then imagine that our various community ministries were also connecting with about 10% of the non-Church population – which again would be generous (and we are all aware that the gospel is largely absent in a great many church community ministries). That would mean that 20% of the non-church population have people trying to connect the hope-filled Christian message to them in an average year.

The point? This suggests that 80% of our non-Church-attending population actually have no one seeking to connect Christ with them in an average year – except for innovation or effort happening at the city and national levels.

In other words, while our individual and local church efforts are essential, they aren’t enough to achieve our missional potential. The things we can do together as local congregations at the city and national level are not just good things – but necessary! Without them, the 80% majority of our non-church attending public might not hear any Christian messages in an average year otherwise!

New thinking is needed.  The Christian Church is no longer in the majority position– but that doesn’t mean we can’t have a positive influence. We just need to think differently!

In Philippians 1:27 the Apostle Paul encouraged the Philippian Church to conduct themselves in a manner worthy of the gospel of Christ. If they did, he knew the result would be that they,  “…stand firm in the one Spirit, striving together as one for the faith of the gospel without being frightened in any way by those who oppose you.”

We too need to conduct ourselves in a manner worthy of the gospel, including a deepening committed to our unity, that we too might also function in one Spirit, as one, for the faith of the gospel.

Next steps? A strategic request.

My book, In One Spirit, was very-intentionally written to feed this conversation, which our team are privileged to be engaging at different levels with city/town pastors’ groups throughout our nation at this time, year-up-year.

However, our small ministry can’t catalyse this change alone. Every Christian leader who has capacity within them to consider the nation beyond their own church, movement or organisation is needed. There are things our churches can achieve together that they cannot achieve apart. This applies at both the city/town and national levels.

Beyond unity-with-coffee we need unity-on-purpose; functional unity; unity in service to our mission!

Let’s all speak up for and value this a bit more – and just maybe we’ll succeed!

In One Spirit, by Dave Mann, can be found via AllTogether.co.nz/shop