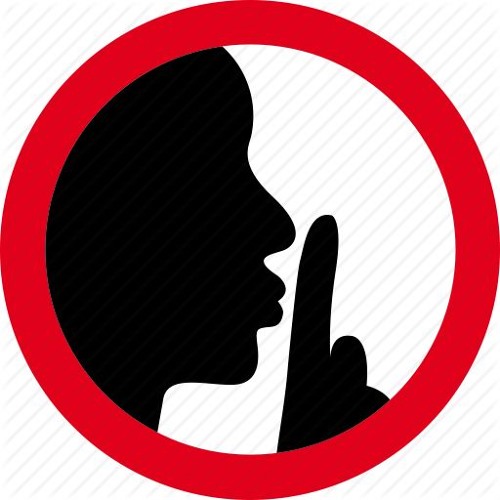 07 Sep, 2021 Why and how church leaders could engage better with local Māori

Why and how church leaders could engage better with local Māori

I believe it important for local pastors to engage with local kaumatua. This article explains why – and how to start.

In the below I encourage that not all pastors will be gifted to relate well to local Iwi, or called to this task. However, I concurrently believe it to be necessary from some in each place, as representatives of the Christian faith, to engage. There is only one Church in each city and town, and I believe the kind of connecting I discuss here is necessary in each place.

1. How to hear what you don’t yet know you don’t know from local Māori

Many people in most communities in this nation do not really know the story of the land they live upon. This applies to church and non-church people alike.

Knowing the story of the land is the basis for understanding with local Māori. This is why it is so important.

The challenge is that many of us do not know what we don’t know. Awareness of this is important – as we might never discover it if we have not considered this possibility.

I have found that the way to connect with local kaumatua is about taking a selfless interest, and avoiding talking too much at all costs.

To illustrate, I met one kaumatua to hear some of the story of the land in a place – as it related to a story we were telling through one of our platforms. Upon first meeting at an historic site, he refused to engage me in small talk. It was awkward. There were big silences. I asked questions – and he left me hanging, without replying, for as long as one full minute at times. I have rarely seen or been engaged in a conversation as slow as this in my entire life.

In his own way, he was begging me to interrupt him.  He was begging me to start talking – to fill the silences, to tell him everything I knew. And why? Because, if I did that, this would have given him permission to spend 1 hour with me and go about his daily business.

I did not interrupt. I endured the silences. I refrained from speaking – other than to ask yet another thoughtful question. We drove to another related historic site. The same pattern continued, but he spoke a bit more freely.

We drove 30 minutes or more to another related historic site – and he began to open up about the real matters, the land loss, the 1929 public works act and the taking of millions of acres with that excuse, the theft of water ways, the desecration of Urupa, the destruction of villages.

After about 2.5 hours we had covered a the topic material necessary in relation to the story I was enquiring about. He had been a generous host. However, I wasn’t done. I wasn’t there only for the agenda or purpose. That’s the European way. I was there to know him, and to understand.

We then drove to another location – and sat to talk. We talked 6 hours in total. To note the progression, for him, it wasn’t until about 4 hours of talking that he really freed up. Trust was established. I was able to understand dynamics of their journey that the first 2 hours never revealed. He also only opened up in relation to spiritual things at about that point. By the last hour of our conversation we were discussing the promises of the Scritpures  in relation to local matters – because he was spiritual.  He was a Shepherd to his people. He cared.

This is how you get to know what you don’t know – and it builds a bridge!

Put differently, Maori feel Pakeha have spoken for 150 years. They’re waiting for us to stop talking – and there are treasures to be discovered gif we will go onto their territory, and listen!

For one small example of an approach for a group of pastors: I had the privilege of facilitating some meetings in a place between a local kaumatua and the local pastors. I felt prompted to do this after discussions with a local kaumatua on other matters. In the process I discovered an monthly church service they had run in the region, unbroken for 130 years. Local churches did not even know the gathering existed. This seemed profound to me. Two meetings were organised. So you understand the process, the ground rule I put into these meetings with the pastors was (a) that I was in charge and (b) if they interrupted the kaumatua to tell stories, or show how wise they were, they could be sure that I would interrupt them. I smiled while explaining this – but I was also serious. I knew that, if they talked – he wouldn’t! Their role, and privilege, was to listen – not to talk.

It’s that simple. We have to understand our cultures are different. If we talk too much, and try to sound wise – which kinda is the Western way, Māori won’t talk. So, do you want to know the story of the land you live upon?

2. The need for local church leaders to engage with local Iwi – as members cannot

Māori culture is a respect culture. I have concluded that, as church leaders, we can engage with local Marae to build bridges in a way that Christian church members cannot. Our members are good people – but we, as church leaders, represent the Church.

One particular visit to a Wānanga at a particular Marae convinced me of this. There were other Christians present. I’d been invited – to have the chance to hear and understand what they were doing. The kaumatua who invited me didn’t end up even being there – so I had to make my own path, connecting with people. I knew two people out of a crowd – and didn’t see them until after the event as they were running the kitchen and hangi. (I enjoyed excellent conversations in both of those places once we’d eaten. That was where the real action was taking place :-).

As people discovered I worked in Christian ministry there was some tension. I could feel it. People subtly tried to work out why I was there, as I wasn’t known. I explained that the kaumatua had invited me – and maybe shared some short stories to express why I personally believed in the importance of what they were doing. I was  there without agenda other than to learn – and they could see that, and I think this surprised them because it’s rare.

By the time I left that hui, I had the feeling everyone knew who I was – as the whispers had done the rounds. I felt a bit embarrassed. I represented ‘that group’ that they didn’t talk about (the church). They would say karakia – but  in their hearts they remained deeply wounded by ‘that group’, because they didn’t stand sufficiently with them when their lands were being taken!

Not every hui is like this – but I realised that I wasn’t just ‘Dave’ when at that hui. Because I am in church leadership roles, I was a representative of the Church. I could see that a bridge for trust was strengthened by my being there. I could also see that church members couldn’t fulfil the ‘function’ I did. I know this, because there were other Christians present.

Local church leaders have a role to play.

In all conversation, trust is built through discovering the things we share in common. By intuition, we learn how to relate to different people, to build basic trust.

I have found that the quickest way to relate in the Māori context is to ‘out’ myself on what I think through simple story. I believe deeply in the importance of bicultural understanding; I have deep empathy with the theft of land; I stand proud of our Christian ancestors – Māori and Pākehā, and all they achieved in this nation; and I stand proud of our Government’s efforts to address past wrongs also!

In this context, story imparts values. Trying to sound wise, stating various deep opinions and thoughts, sounds arrogant and makes you look like a ‘know it all’.

So, tell story and then stop trying to sound wise. You’ll be liked!

One example was when I met a school friend at a hui. We hadn’t recognised each other as we’ve both changed a bit since we were 15 years old. She’d also now identified more strongly with her Māori culture, including moko and a name change.

When she realised I represented te hāhi (the religion), I could see the awkwardness. I shared story, to ‘out’ myself – like described above, so she could know why I was three and where I stood on some matters that would be very important to her. With simple short story – trust grew. She then shared story also – like being taken as youth to stand on a hill, while being told how they owned all the land she could see in all directions – but because of some legal technicalities possessed none of it. It turned out she now took on varoius Government contracts on various things, and had 40 staff. She was hugely successful, and in many places of influence. By the conclusion there was mutual respect – and she was certainly intrigued by our conversation, as she like me, but still didn’t like the church. Story was the bridge.

In summary – local church leaders have a role to play, and here’s why it’s important

As noted in prior articles about these matters, there are important reasons for strengthening our relationships as churches, with local Māori and Marae wherever we are based. This includes:

Whatever the reason, it seems to me that the Wairua Tapu has put his finger on this matter. He’s been urging a great many Christians in this nation, and right across this nation, to engage in this journey, to understand, and to establish a fresh connection with local Māori – in recognition that our identities together define something of who we are.

It remains a reality in many places that a dividing wall still exists between Māori and their wider communities, and the wider Church (noting many Māori are Christian – and some will be following this faith from the base of their Marae, rather than through recognised churches) .

So, let’s engage. Let’s be proactive to connect – to listen -and to understand.

Practical tip: There are kaumatua in most places who are gifted with an interest in the history, and an ability to remember vast amounts of detail related to it also. In times past, many of these would have been the Tohunga.

Let’s find these people. connect, and then submit to their mana with the attitude of a learner!

Other blogs by Dave Mann on this topic