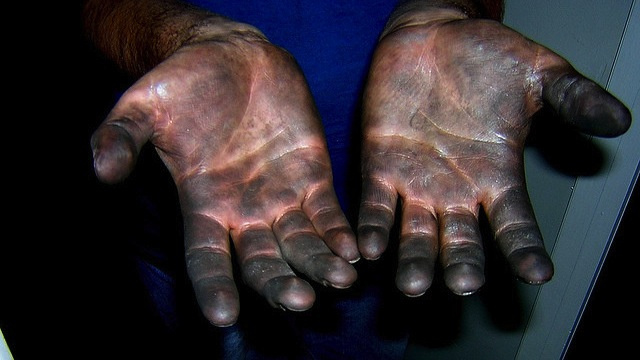 You’ll pick up quickly that we’re in the ‘de-colonisation’ period of our history right now. For example, consider the way the story of Captain Cook is being reassessed. Is his arrival to be celebrated, or was he the front wedge for an evil crusade?

But it’s more than temporary views on Captain Cook that are at threat here. The place of the Church in the public square of our nation is. Here is an explanation – and a direction that I believe is a key part of the solution to this particular threat (though I pray this isn’t our only motive for supporting Treaty values – but instead a sincere desire to seek out what might be right, true and just).

How could we position Christianity to thrive in the post-colonisation era?

This is the time of the early whalers, sealers, traders, missionaries and later settlers. The goal was a working bicultural relationship that benefitted everyone. Maori were in control.  The Treaty was forged – and our nation then tried to work out what the Treaty meant.

…in which Christianity thrived!

Christianity and it’s ways of peace were broadly embraced by Maori, resulting in a significant end to various violent practices. The Tiriti o Waitangi (the Treaty of Waitangi) was largely forged (in terms of its DNA as a Treaty – as compared to what happened in other nations) due to the efforts of the missionaries and their counter-parts in England. (Certainly Maori also recognised the need for Te Tiriti).  By the mid 1800s more than half of all Maori attended weekly church services – though usually in Te Reo Maori, following Tikanga Maori. This was a season of hope.

This is the time during which Te Tiriti was being betrayed. The Pakeha population grew immensely. Pakeha wanted land. Great injustices resulted.

…in which Christianity thrived!

Christianity teaches us to adapt. We are to become ‘all things to all people so that by all possible means we might save some’ (1 Corinthians 9:22).

The unity of the Maori Church and the Pakeha Church certainly did NOT thrive, however Christianity as a whole still did. Various denominations came to New Zealand and planted their churches all over the motu. Various Christian organisations came – and did a lot of good work. Consider the YMCA, or the Women’s Christian Temperance Union which stood for greater rights and opportunities for women. Hundreds – and in fact thousands of charities came about, based within Christianity, or at the very least as a product of its broader benevolent worldview.

This is the present period within which our nation has faced up to its sins, and created the Waitangi Tribunal to address them. We are working out what being bicultural means. We aren’t just ‘one people’. We are ‘two peoples who live as one people’ – very much like in a marriage. The independence and autonomy of both people in a marriage is affirmed – while they also become united. This is what Te Tiriti promised.

Christianity is under threat!

The problem is that our faith has become connected with the ‘colonisation’ period in the mindset of people today. So to de-colonise means to de-Christianise!

This is not a fair view – but it is the predominant view!

#4 – The post-colonisation period: What will come of the Christian faith?

How could we change this public perspective, which sees Christianity as part of the problem – not the solution?

The core of the answer is very simple: Firstly, as Christians, we must demonstrate through our lives and words the sincerity of our efforts to understand and honour this agreement (Te Tiriti) which was made before God. Our actions, attitudes and words will help to bring a feeling of  peace with the Christian faith which we represent.

But – secondly, we must WORK to make the history of the pre-colonisation period of our history famous!

This is a tangible strategy – and won’t happen by itself!

If we can help our nation to see how the Christian faith thrived in both of the first two seasons – including amongst Maori, the penny might drop that Christianity didn’t bring colonisation. It was distinct from colonisation; including activity against colonisation; but it’s wider voice of the Pakeha church was also eventually subdued by the pressure of the colonisers (the missionary and clergy voice in support of Maori in the face of the land wars eventually fell silent).

The future isn’t written yet, but public opinion and thought doesn’t just change – it is changed.

If we are wise, we will work to make our pre-colonisation history known – while concurrently admitting our own sins (including inadequately sustained support for Maori from our small-few missionaries and many later-arriving clergy).

What can you, your family and your church do to make this story ‘famous’?

Please discuss this because, if we are to keep ‘Christianity’ from the grips of ‘Colonisation’ in the mindset of our people, every effort is needed. This question needs a tangible answer from you!