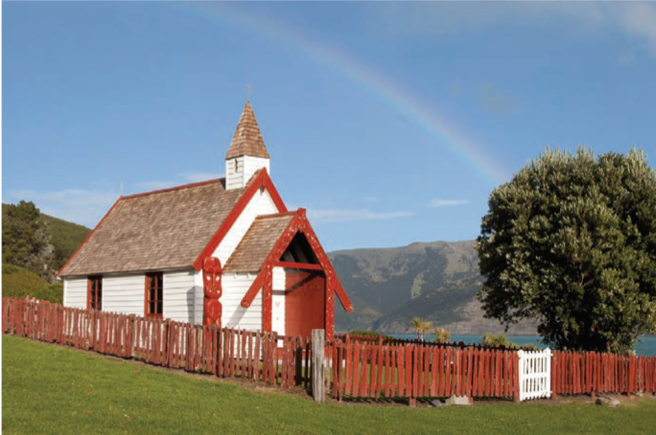 06 Jan, 2020 Toward reconciling the Maori and Pakeha Church

Toward a Reconciling of the Maori and Pakeha Church

What happened and what can we do?

(Article extracted from ‘Outreach Today – 2020’, a Shining Lights Publication sent to churches throughout Aotearoa-New Zealand to encourage a clear-thinking, appropriate and healthy focus on outreach).

The early days of the ‘New Zealand mission’ were exciting. Despite cultural mistakes and misunderstandings in all directions, the early missionaries were good examples. In time, Māori began to embrace the faith as their own — and spread it throughout the nation themselves. As many as a half of all Māori were in weekly church services by the 1850s. Missionary advocacy for Māori was also significant in seeing Te Tiriti o Waitangi (The Treaty of Waitangi) formed. These are the kinds of stories the NZ Church came to know and celebrate in the time of our Gospel Bicentenary in 2014.

Throughout the 1840s and 1850s the support of many missionaries in defence of Te Tiriti and Māori land rights was commendable. When Governor Browne unjustly attacked Wiremu Kingi’s Pa at Waitara in 1861, Bishop Selwyn (the leader of the Anglican Church in New Zealand) spoke out strongly against the attack. The settler community was displeased with Selwyn, as also with other missionaries and clergy who supported Māori.

A SEPARATION OF WAYS

However, when the Kingitangi (Māori King) movement arose in the Waikato the missionary voice began to falter. Pākehā as a whole struggled with the idea of two monarchies, and feared the Māori King movement was a form of rebellion. As a result missionaries were unsure how to respond. When the Governor initiated an invasion of the Waikato, followed by widespread confiscations of Māori land, the voice of the Pākehā church and missionaries was too quiet.

In 1881 an armed government force marched on the peaceful Māori community of Parihaka, near Mt Taranaki. The Government wanted to enforce its confiscation of Māori land, so sent troops against those dedicated to peace and non-violence — who were influenced by Jesus in this regard! Most of the Pākehā population was blind to the injustice — including the Pākehā churches. This is one of a number of low points. Māori felt betrayed!

Many factors were at play. Some, like Henry Williams, were intentionally silenced through false accusation because they sided too much with Māori. However, population changes paint the clearest picture. In 1840 there were 2000 settlers — and maybe 80,000 Māori; by 1861 (the first land war) Māori and Pākehā numbers had equalised at about 56,000 each; and by the time of Parihaka in 1881, Māori numbers were unchanged while Pākehā numbered over 500,000! They wanted land! [Ref: Laurie Guy, Shaping Godzone (Victoria University Press – Wellington, 2011), p40].

Consider that the voice of public media was almost entirely supportive of the Pākehā perspective. The pressure against clergy and missionaries who sided with Māori was immense. Their voices fell silent.

The Rev. T.G. Hammond, a Wesleyan minister in Patea in the late 1870s, explained the Māori mood this way: “We have nothing against your Saviour; but we do not trust you.” [Ref: Ibid, p75].

While Māori have been involved in churches across Aotearoa throughout our history, there is still a divide. A wider reconciliation on these matters is a work in progress. This makes our continued efforts to understand and engage with this conversation important. Let’s journey wisely — and even if that journey is slow sometimes, let’s not give up!

“In repentance and rest is your salvation, in quietness and trust is your strength…” Isaiah 30:15