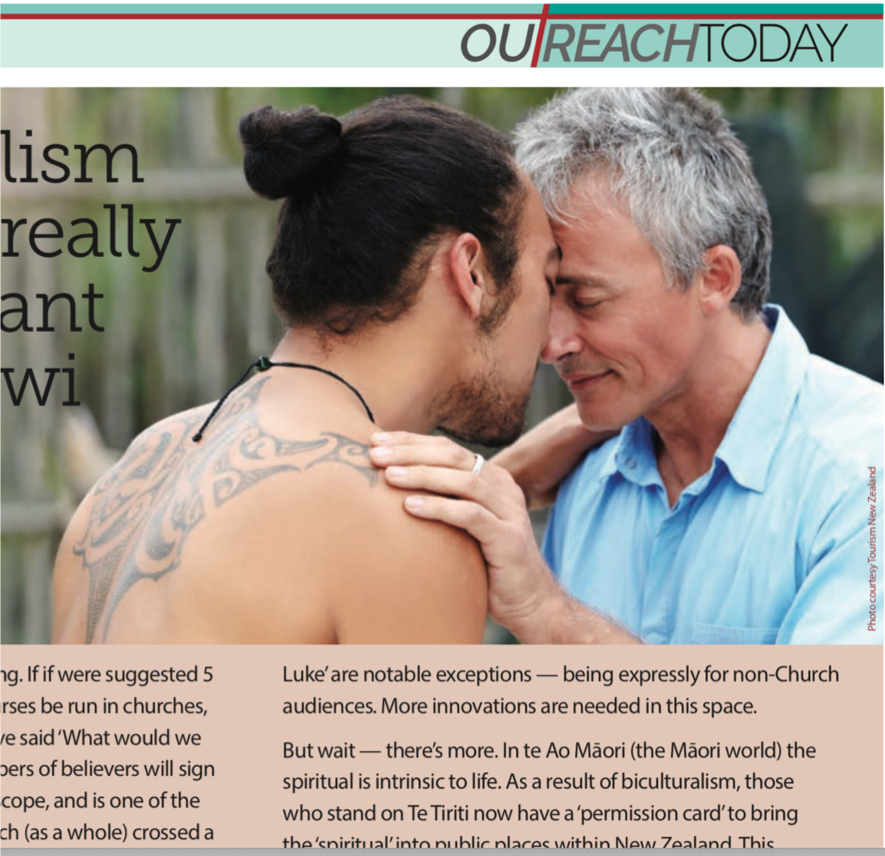 Biculturalism – more important than most think

The New Zealand Church is changing. If if were suggested 5 years ago that Te Reo language courses be run in churches, in most churches people would have said ‘What would we do that for?’ Today, surprising numbers of believers will sign up.

This trend is almost national in scope, and is one of the reasons I believe that the Kiwi Church (as a whole) crossed a tipping point regarding biculturalism somewhere around 2017. This came about following about 6 years of discussion within church circles nationally on this topic. The gospel bicentenary in 2014 was the trigger. I suggest that the weight of opinion in the Kiwi Church on this has now shifted.

Why is biculturalism significant?

This journey is significant to the New Zealand Church for a few reasons. Firstly, our nation’s bicultural journey is a matter of justice. Christian efforts laid much of the path toward the Te Tiriti (the Treaty). It certainly influenced the generosity of the agreement on the British side. Sadly missionaries were unable to stop the Treaty’s betrayal, and Pākehā churches became complicit with that betrayal, with many of the settlers and British Armed Forces being church-going. It is good and right that we seek to understand and honour this agreement. It was effectively made in God’s name due to trust in the Christian missionaries. God will honour a people who honour their agreements!

However, this bicultural journey is significant for a strategic reason or two also.

Many want this to be a religiously ‘secular’ nation. They therefore want to delegitimise the place of Christianity in this nation. Due to this bias, the Christian dynamics within our bicultural and Treaty history are not being told. The onus is therefore upon us to tell them. The wider-narrative explains the legitimacy of Christianity in New Zealand. It is not an imposition of colonisation! Of note, most efforts by Christians have focused on church audiences. The Hope Project, ‘Chronicles of Paki’ illustrated history series, Bible Society’s ’Tarore Story’ and the more recent ‘Tarore Gospel of Luke’ are notable exceptions — being expressly for non-Church audiences. More innovations are needed in this space.

But wait — there’s more. In te Ao Māori (the Māori world) the spiritual is intrinsic to life. As a result of biculturalism, those who stand on Te Tiriti now have a ‘permission card’ to bring the ‘spiritual’ into public places within New Zealand. This understanding is found in the policies of social institutions. ‘Holistic care’ is the expectation — and it includes the spiritual . This could give some basis for continued Christian expression in public places, so long as we understand and are connected with the bicultural ground we stand upon.

But wait — there’s still more! The bicultural journey of our nation has not reached its apex. It has much further to go. Māori are also considerably spiritual. A prayer in the name of Ihu Karaiti might be as easily heard on a Marae as in a church also. The question is whether local Marae come to a place of oneness with local churches and therefore encourage public Christian prayer and expression. The alternative is that the current awkward ‘distance’ remains, in which case that expression may focus’ toward pre-European animistic religion.

There are also financial and funding implications. There are language implications. There will be ‘power’ implications. Tipping points in thinking and culture will come. All this makes our nation’s bicultural journey a great opportunity because many things change during times of change! If the Christian voice is at the table, Christian faith could remain within the public view. If it is not, doors can be expected to close further.

Let’s continue to talk and think.

Let’s cherish the resources (material and human) that exist…

…and let’s become EXPERTS in our nation’s story!

“…I have become all things to all people so that by all possible means I might save some.”

DAVE MANN. Dave is a creative communicator with a vision to see an understanding of the Christian faith continuing, and also being valued, in the public square in Aotearoa-New Zealand. He has innovated numerous conversational resources for churches, and is currently coordinated a 5th nationwide multimedia project purposed to help open conversation between church and non-church people about Christianity and the way our nation’s most treasured values have come from it. Dave is the author of various books and booklets including “Because we care”, “That Leaders might last”, “The Elephant in the Room”, and available for free on this site: “The What and How of Youth and Young Adult ministry”.