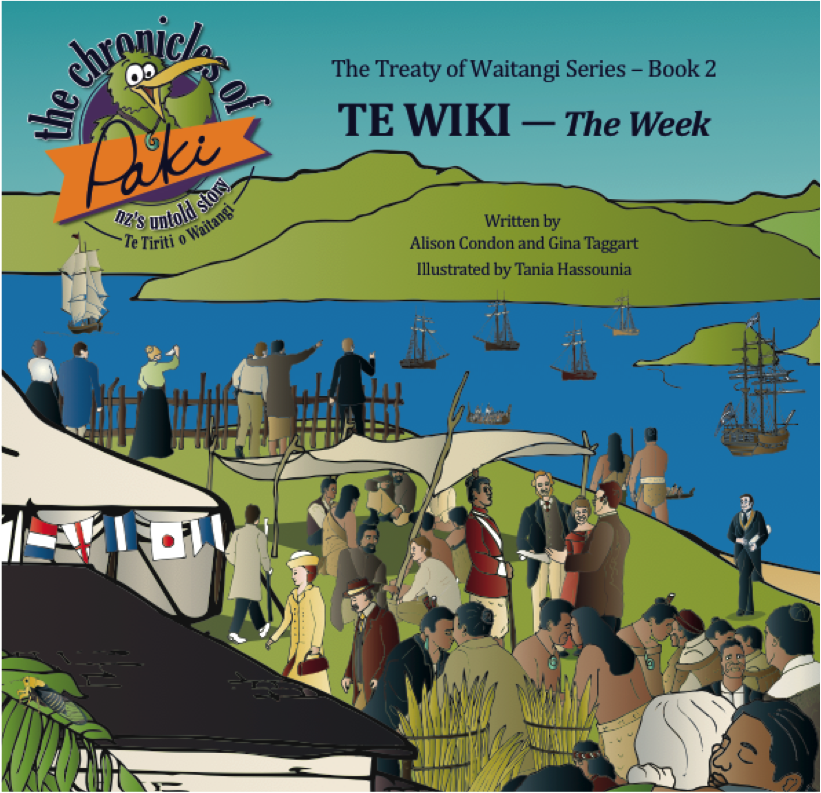 With Waitangi weekend just a few weeks away, here is an annual reflection – but it is no small one, and for this reason I have divided it into two blogs.

If your heart is open to it – I encourage that you find 10 to 15 minutes to digest these.

I’m often surprised at how little knowledge exists in our nation about our early bicultural history, and the Treaty that resulted from that history. The fact that most non-Maori don’t know much isn’t surprising. But the fact that a great many Maori also know very little is! Numerous times I’ve found myself truly surprised by who doesn’t know what – and this is a problem for the work of the gospel in Aotearoa. So, who is going to bring the change?

As an example, with all the talk and Tikanga Maori/protocol going on in some schools, you’d almost think they cared about the Treaty. But I’m increasingly aware that many teachers have been told what to teach, and what to do. Things are done because things are expected. Certain bicultural practices do not mean that convictions are personally held or even really understood. Many state the ‘party line’ and make few comments. I’ve discovered that it doesn’t necessarily mean very much.

What I’m saying is…

Bicultural appreciation – I think the Church could help lead here!

…and there are reasons to lead too!

Our Christian forefathers – including both Maori and non-Maori, were central in establishing this Treaty. It’s benevolent dictates came directly from a Christian humanitarian movement in England. There is a lot for us to lay claim to here as Christians – along with an obligation to support it. We also have every reason to be passionate about this from a moral, truth and justice point of view. (See the story of the Gibeonites in Joshua 9, then 2 Samuel 21 – and draw the comparison). It is about what is right!

Many have never heard about the positive impact of the gospel within our nation’s history. If we learn and tell stories about the early bicultural relationships between Maori and missionaries, many will benefit from this – including Maori. This has certainly been the testimony of the Hope Project. A number of churches have told us of an increase in Maori visiting their churches the past few years. Simply telling these stories can be restorative!

Secondly, I also note that there is a ‘prophetic’ element to this for many church leaders around our nation. Many believe Maori will one-day again lead our nation in the things of the gospel. Quite a few people have told me of visions or dreams they have had about this – and I know of a few groups that exist singularly because of this conviction.

But it also needs noting that a true restoration is going to take a lot more than this.

It remains that many Maori are instinctively untrusting of non-Maori and their ways. This is unavoidably a factor behind the limited attendance by Maori in many local churches – though we all hope this is changing. And if we reflect for a moment, it doesn’t take long to see that there have been many good reasons for this mistrust – with a long history behind them! So how will it change?

What can we do to break through the cultural mistrust?

1. How about encouraging some basic reading/learning?

2. How about local pastors gather as groups to hear the local (Māori) story?

3. How about then embracing some practices that might reflect a valuing of our bicultural identity?

I’m not suggestion anything extreme, like sermons in Te Reo that no one can understand. But how about a few small things?

Note: Bicultural or multicultural? These are not in conflict!

It is the same as being a ‘Christian’ nation while also being a ‘multi-religious’ nation. The former rightly affects public gatherings and protocol, while the latter requires sensitivity when relating to each individual.

Bringing clarity to these ‘identity’ definitions in the public square is important both for Maori, and the future of the gospel in our nation. This can be discussed further another time. We have work to do here.

4. Then – lets start making some stories known in our communities!

My point here is that we can become advocates for a revering and respecting of this story. This way it isn’t only the local Iwi who will value it. This goes toward changing wider cultural values – and nationally-so if pastors’ groups in our largest 70 cities and towns likewise choose to take this journey.

(i) How about gifting the ‘Chronicles of Paki – Treaty of Waitangi’ illustrated history series to all local schools and libraries as a sample (but only after you and your elders board read it first)?

This could be done while noting that there are free teachers resources for the classroom to go with this series at www.bigbook.nz (UPDATE: as also with the other 11 stories in the series – fitting the 2022 new NZ history curriculum for NZ schools). These books would be a sample, because a classroom would need more than one copy. And the suggestion is for classroom use (rather than placement in the library only) because we would hope that the broader perspectives they contain in some areas might become known and appreciated in our nation.

(ii)  How about telling stories you learn in talks you give in the public square?

I hope this is helpful.

In the next blog I will write about three cultural changes I see taking place in our bicultural landscape currently (2017). Some may find these harder to digest – but these is no way around the fact that things are changing, and will change more. The Church will be better able to respond if it can better appreciate what happening.

An illustration of it’s importance:
The time to get on a train is when it pulls into the station. Otherwise you have to catch the next train – and will arrive late at a dinner table at which an important conversation is taking place.

We are in the midst of some significant bicultural changes in our nation –  and this is a conversation we would wise to not be late for!

What could you do to value things-Maori a bit more?

Are you open to approaching local Iwi, to hear stories – while also learning from books that are available?

What do you think of the idea of gifting the ‘Treaty’ series to your your local schools, with the encouragement that they consider this as a classroom resource?

Also, Waitangi Day is 6th February. What will you say or do on that days, or on the Sunday at church to recognise it?